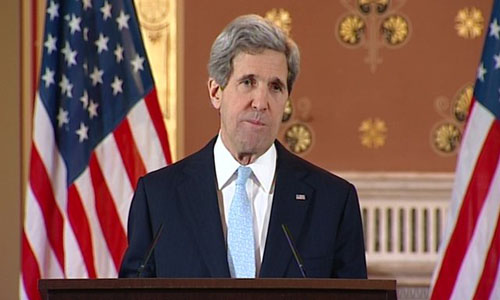 WASHINGTON – US Secretary of State John Kerry has said that America supports the Afghan government’s dialogues with Taliban, reported 92 News. He welcomed Pakistan’s role in the reconciliation process of Afghan President Ashraf Ghani. He, however, ruled out any direct or indirect dialogues with the Taliban.