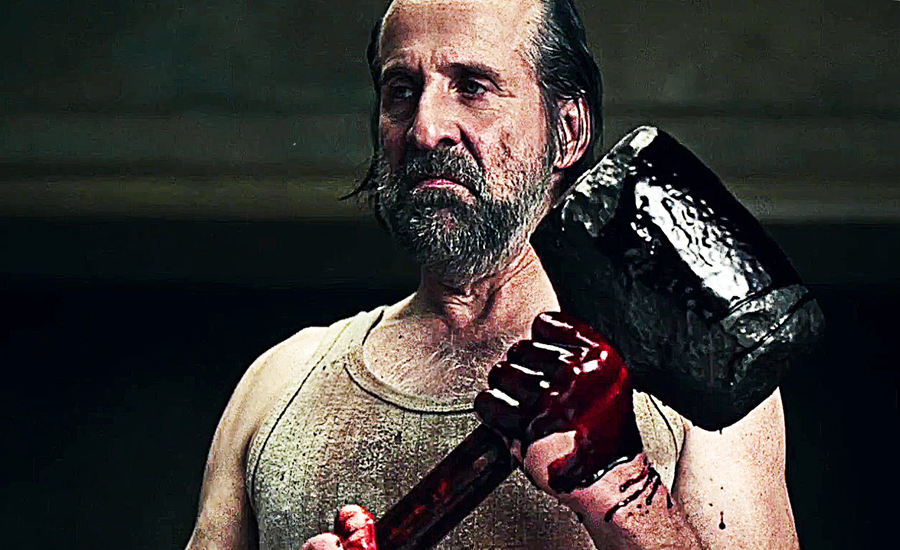 LOS ANGELES – A TV series following an ex-convict embroiled in a battle between ancient mythological gods and new man-made deities has tapped into a timely discussion of America's own history of race, religion and immigration.

"American Gods," an adaptation of British author Neil Gaiman's 2001 novel of the same name, is reimagined as a stylized gritty saga. It debuted on U.S. premium cable network Starz this week.

With gruesome killings and explicit sex scenes, the show has been compared to HBO's hit medieval fantasy series "Game of Thrones," but it explores underlying themes of how religion became a part of the fabric of America through its immigrants.

"The use of the gods was ... to talk about the way people come to America and abandon culture, abandon places they came from and what they brought with them, and what happens to the things they've forgotten," Gaiman told Reuters.

"American Gods" follows Shadow Moon, who has been released from prison to the news that his wife, Laura, was killed along with his best friend. On his journey home to bury her, he meets Mr. Wednesday, once known as the powerful Norse god Odin, but now a grifter hustling on the strength of his charm.

Shadow, hired as Mr. Wednesday's bodyguard, is thrown into a surreal world where magic and power lurk just behind the fabric of reality. Tension brews among the old gods, which include those drawn from Norse, African, Arabian and Indian mythology, and new gods such as Technical Boy and Media.

"One clear thematic from the book is religious equality and tolerance, and that was something that Michael and I wanted to portray," said Bryan Fuller, who created the show with Michael Green.

The TV adaptation features a racially diverse cast, and its exploration of race and immigration collides with present day tensions in America.

Fuller said "American Gods" was written and filmed before the November election of U.S. President Donald Trump, who has sought to crack down on illegal immigration and act more aggressively to deport illegal immigrants living in the United States.

But, he added, it reflects the changes within the nation. The show depicts stories of immigrants coming to America over the course of history and adding their traditions to the melting pot of cultures.

"We always look at immigration in a positive light because it represents the best of what America is made of," Fuller said. –Reuters