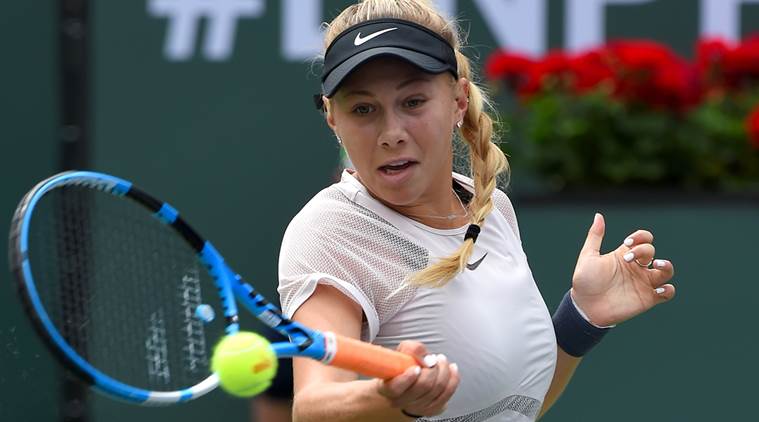 The 16-year-old wild card, who had never won a WTA main-draw match until this month’s BNP Paribas Open where she reached the fourth round, broke the world number 53 five times during a 98-minute match in which she committed six double faults.

Next up for Anisimova, ranked 130th in the world, is Wimbledon champion Muguruza, who will be eager to get back to competition after falling at the first hurdle in Indian Wells.

Brazilian Beatriz Haddad Maia overcame some early pressure to defeat Briton Heather Watson 7-6(3) 6-2. Watson had a chance to serve for the opening set but squandered it and then allowed the Brazilian to run away with the match.

Haddad Maia will next face No. 31 seed Zhang Shuai.

Australia’s Ajla Tomljanovic looked headed for an early exit when she fell behind 4-0 in the deciding set against Ukraine’s Lesia Tsurenko but the Croatian-born world number 90 reeled off seven of the next eight games to prevail 3-6 6-4 7-5.

Estonia’s Kaia Kanepi was leading Christina McHale 3-1 but retired 31 minutes into the match, gifting the American passage into the second round where she will face Czech Barbora Strycova.