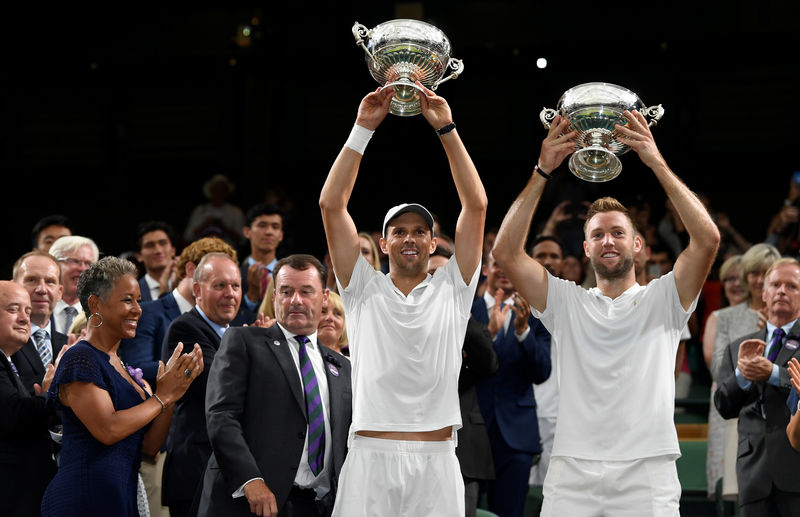 LONDON (Reuters) - American Mike Bryan claimed his 17th Grand Slam men’s doubles title when he and Jack Sock beat Raven Klaasen and Michael Venus 6-3 6-7(7) 6-3 5-7 7-5 in a thrilling Wimbledon final . It was the 40-year-old Bryan’s first major title without his twin brother Bob, who missed the tournament due to injury. The American pair started strongly to take the first set but South African Klaasen and New Zealander Venus fought back to level. Klaasen and Venus dug deep again to take the match into a deciding set but Bryan and Sock, who won the men’s doubles title at the All England Club in 2014 with Canadian Vasek Pospisil, sealed victory in three hours 39 minutes. The Bryan brothers won the Wimbledon doubles title together in 2006, 2011 and 2013.