Americans say they are trying to cut sugar intake 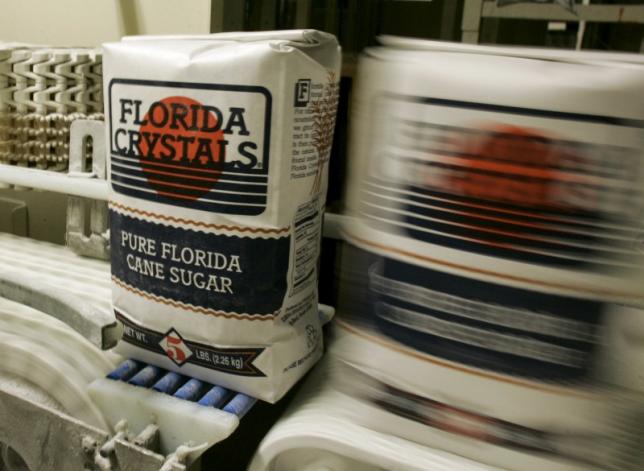 Americans say they are trying to cut sugar intake

NEW YORK – Americans say they are on a sugar detox.

A Reuters/Ipsos poll of 1,883 adults living in the United States, conducted Jan. 15-21, finds that 58 percent say they tried to limit sugar in their diets in the previous 30 days. That is higher than the percentage of those who were targeting reductions in their intake of calories, sodium, fats, cholesterol or carbohydrates. Only 39 percent said they had not tried to cut sugar intake.

Last month, the U.S. government said that Americans should seek to keep their intake of added sugars, which is sugar added during processing or preparation of foods, to less than 10 percent of daily calories, the first time it had recommended a specific limit.

That would translate to a cut of about one-third for the average American, but a significantly higher reduction for teenagers, who eat about 17 percent of their calories in added sugars.

Of the people surveyed, 50 percent said they have tried to cut down on calories, 48 percent sodium, 46 percent for both saturated fats and trans fat/trans fatty acid, 43 percent cholesterol and 40 percent carbohydrates.

And while the number of people who weren't planning cuts in calories, sodium and fats roughly matched those hoping to reduce intake, just 39 percent of respondents said they had no intention of cutting down on sugar.

To be sure, the survey asked people about their attempts to limit sugar, not about their success rate in doing so, and notoriously short-lived New Year's resolutions may account for some of the responses. There is also no directly comparable poll for previous years.

But the poll results may reflect the impact of the increasing concerns expressed by health advocates about links between high-sugar diets and levels of obesity. This "war on sugar" has grown in scope over the last few years beyond just sodas and candy to packaged foods like cereal and pasta sauce.

Google Trends data show that online search interest in the term "added sugar" is on the rise. It reached the height of its popularity in the United States last month, data going back to 2004 show. Searches for cholesterol, sodium or saturated fat exceeded those for sugar, but their popularity was trending lower or stable. Searches for "is sugar bad" were significantly more popular than the same searches for cholesterol, sodium, and saturated fat.

A spokeswoman for the Sugar Association, which represents U.S. sugar companies and grower-cooperatives, said that limits on sugar are "the low hanging fruit in the fight against obesity," adding that the real culprit behind obesity has been a rise in calories from things other than sugar since 1970.

Austin Dennis, a student from Chilton County, Alabama, who responded to the Reuters/Ipsos poll, turned to the Internet for answers to his struggle with weight about a year ago.

"One day, I put on my pants, the button broke, and I thought, 'OK, it's time to do something different,'" he said.

The 20-year old watched a YouTube video about eating healthily and bought "Fat Chance," a book by anti-sugar advocate Robert Lustig. He gave up sweet tea and stopped eating Kellogg Co's (K.N) Froot Loops and the other sugary cereals.

"I didn't realize how much sugar was in stuff, that really surprised me," Dennis said.

Companies have started to offer more low-sugar products to customers with Kellogg promising to cut sugar to 10 grams or less for every 30-gram serving in 90 percent of its cereals by 2020. The Grocery Manufacturers Association (GMA) says companies have cut sugar and carbohydrates in more than 5,500 products between 2002 and 2013.

"We're committed to giving consumers more of what they want and need, and less of what they are trying to reduce," Kris Charles, a Kellogg spokeswoman said in an emailed statement. Unit sales of sugar in stores fell nearly 4 percent last year from 2014, the oldest data provided to the press by Nielsen show, continuing a downward trend since 2011. Dollar sales declined 17 percent in value between 2011-2014, though in 2015 they recovered by 2 percent due to price rises. Major U.S. sugar company ASR Group - the maker of Domino Sugar and C&H Sugar -- declined to comment. Louis Dreyfus Commodities [AKIRAU.UL], the global commodities trader that owns cane refiner Imperial Sugar Co [LOUDRI.UL], did not respond to requests for comment.

Food companies would be required to include the amount of added sugar as a percentage of recommended daily calorie intake on their "Nutrition Facts" labels, according to a proposal from the U.S. Food and Drug Administration.

While candy maker Mars has said it supports the new dietary guidelines and the move to include "added sugars" on the labels, the GMA has questioned the scientific review behind the FDA's proposed labeling changes.

Nearly two-thirds of poll respondents said they use those labels at least sometimes when deciding to buy a product.

Myriah Velazco, 39, who builds websites in Raleigh, North Carolina said she started to think about cutting sugar after a summer visit to the dentist turned up eight cavities. She set out to seriously slash her intake on Jan. 1

"I started looking and realizing I had been totally fooled," she said.

"It's not always the stuff you'd think. Some of the all-natural granola bars have more sugar than just eating a Pop-Tart. You have to read every single label." –Reuters