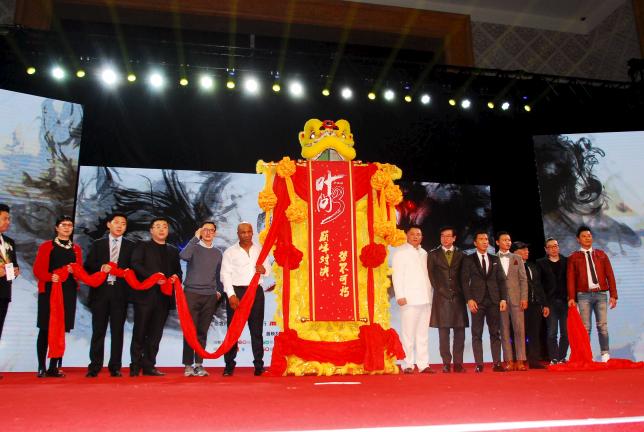 BEIJING – China's box office revenues grew 51 percent in the first quarter of 2016, Chinese state radio said on Sunday, although a ticketing scandal has cast doubt on the real size of the country's booming movie market. Total sales of tickets in China were 14.5 billion yuan (1.57 billion pounds) in the first three months of the year, boosted by a 6.9 billion yuan haul in February as millions flocked to cinemas over the Lunar New Year holiday, said China National Radio. Despite government censorship and a limit of 34 foreign films a year, Hollywood has become increasingly reliant on China's rapidly growing box office as U.S. market growth has stalled. In February, Chinese sales topped the U.S. for the first time, according to the official Xinhua news agency. Eager to cash in on the boom, and create a rival to Hollywood that could promote Chinese values, domestic companies like e-commerce giant Alibaba Group Holding Ltd are working with U.S. studios in an effort to produce local blockbusters. But a ticketing fraud has called into question the validity of sales data. More than 100 Chinese investors descended on the offices of one financier of martial arts movie Ip man 3 on Thursday, demanding their money back after the film's distributor admitted to buying 56 million yuan in tickets to bump up sales. Among the bright spots for China's film industry was local hit "The Mermaid", an oddball romantic comedy which broke box office records by bringing in around 3.4 billion yuan. Chinese films accounted for almost three-quarters of the country's box office in the first quarter, China National Radio reported. –Reuters