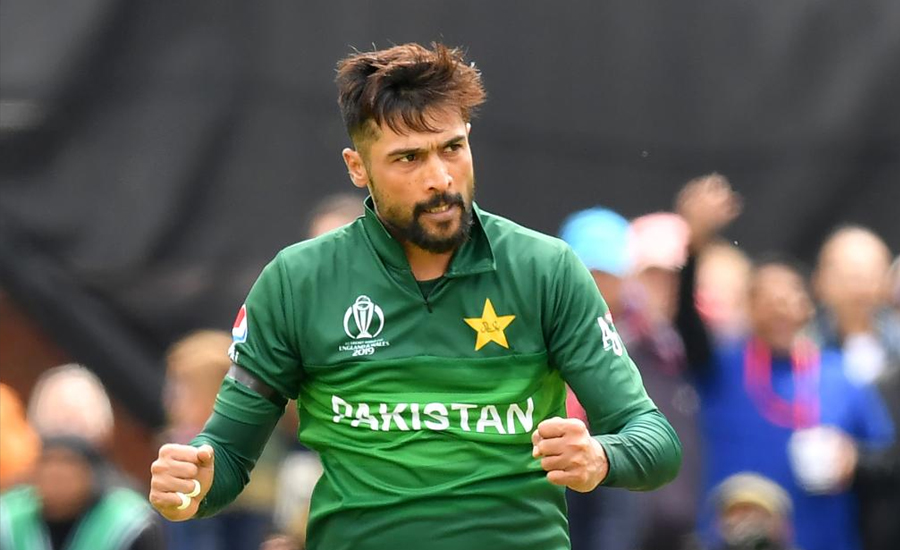 LONDON (92 News) – Left-arm fast bowler Mohammad Amir has requested Pakistani fans to avoid using bad words for the national cricket team players, seeking their support for upcoming matches of the World Cup. Responding to the strong criticism after their defeat to rivals India in the World Cup’s clash, Mohammad Amir vowed to bounce back in the next games, adding that they need nations’ support to achieve the best ahead. Amir, who achieved his career’s maiden five-wicket haul against Australia and took three crucial wickets against India, took his Twitter to calm down the disappointed fans, requesting: “Pls dont use bad words for the players yes u guys can criticise our performance we will bounce back InshAllah we need ur support.”

Skipper Sarfraz Ahmed reprimanded players over dismal performance after suffering an 89-run defeat against arch rivals India at the Cricket World Cup. After losing the match against India, environment of the dressing room was very tense and the players continued to listen. Talking to the players, he said: “I alone will not be sacked, but several others will also be shown the door.”
Senior analyst Mirza Iqbal Baig said that Sarfraz Ahmed is under pressure and there is grouping in the team. Former chief selector Muhammad Ilyas also expressed his anger over the poor performance of the team. He said that the captain himself did nothing against India. During the World Cup, there was a question mark over the performance of the team.