LAS VEGAS (92 News) – Amir Khan's world-middleweight title dreams ended in the heartache of defeat in Las Vegas when WBC champion Saul Alvarez stopped him with a heavy knockout in the sixth round. The 29-year-old had made a promising start to the fight he required by capitalizing on his speed to build an early lead. However, he ultimately proved too small and not elusive enough to evade the bigger fighter for the 12-round distance. 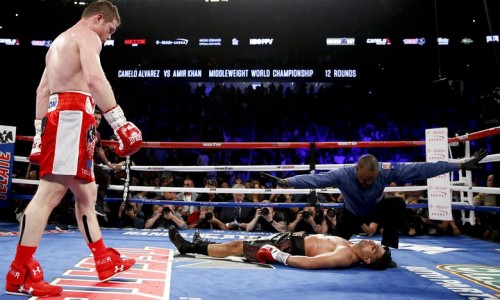 It was always an uphill task for Amir Khan, but the ballsy Brit gave it his all in Las Vegas against his heavily-fancied Mexican opponent. And he gave a great account of himself in the opening few rounds, consistently beating Canelo to the punch and racking up a lead on the scorecards of most neutral observers. But there was always the danger of him getting caught with one big shot that could sway the tide of the fight the way of the flame-haired champion - and that’s exactly what happened. 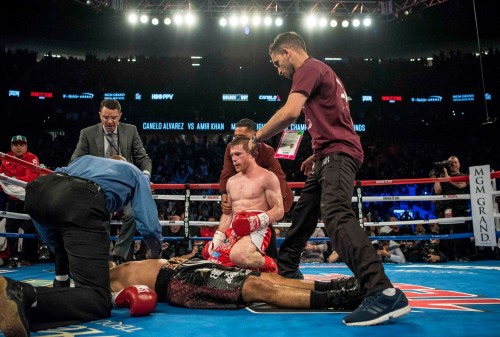 Amir Khan was behind on two of the three judges’ scorecards before his brutal KO by Saul “Canelo” Alvarez. Judge Glenn Trowbridge had Khan down 49-46, which seemed harsh in the extreme, while Glenn Feldman scored it 48-47 to Canelo. Adalaide Byrd had it 48-47, which seemed a much fairer reflection of the first five rounds. Amir Khan was consoled by WBC president Mauricio Sulaiman after his six-round KO by Saul “Canelo” Alvarez. “I was telling him I was proud of him,” said the WBC chief. “He was very disappointed that he had lost because he really wanted to him. But we are all relieved that he appears to be OK.” 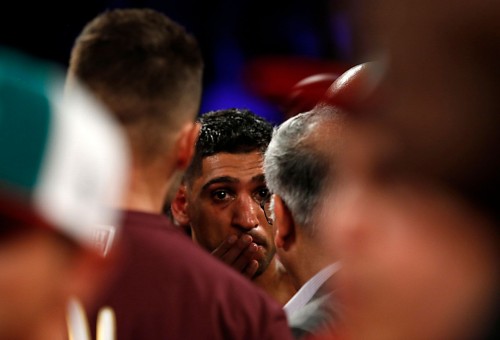