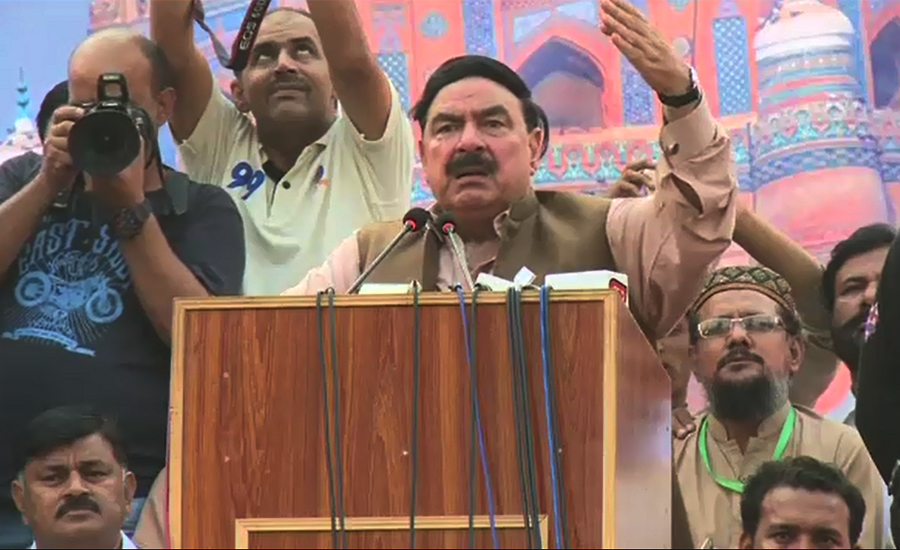 MULTAN (92 News) – Awami Muslim League chairman Sheikh Rashid has said that the people are dying of diseases and employment in the country. Addressing a public meeting on Friday, he said that the Metro is a project of theft. He said that roads are constructed overnight during the election. “Nawaz Sharif is a coward man and a thief. He served the interests of his own family,” he said. The AML chief said that Bilawal Bhutto and Maryam Nawaz are unfit to rule the country.