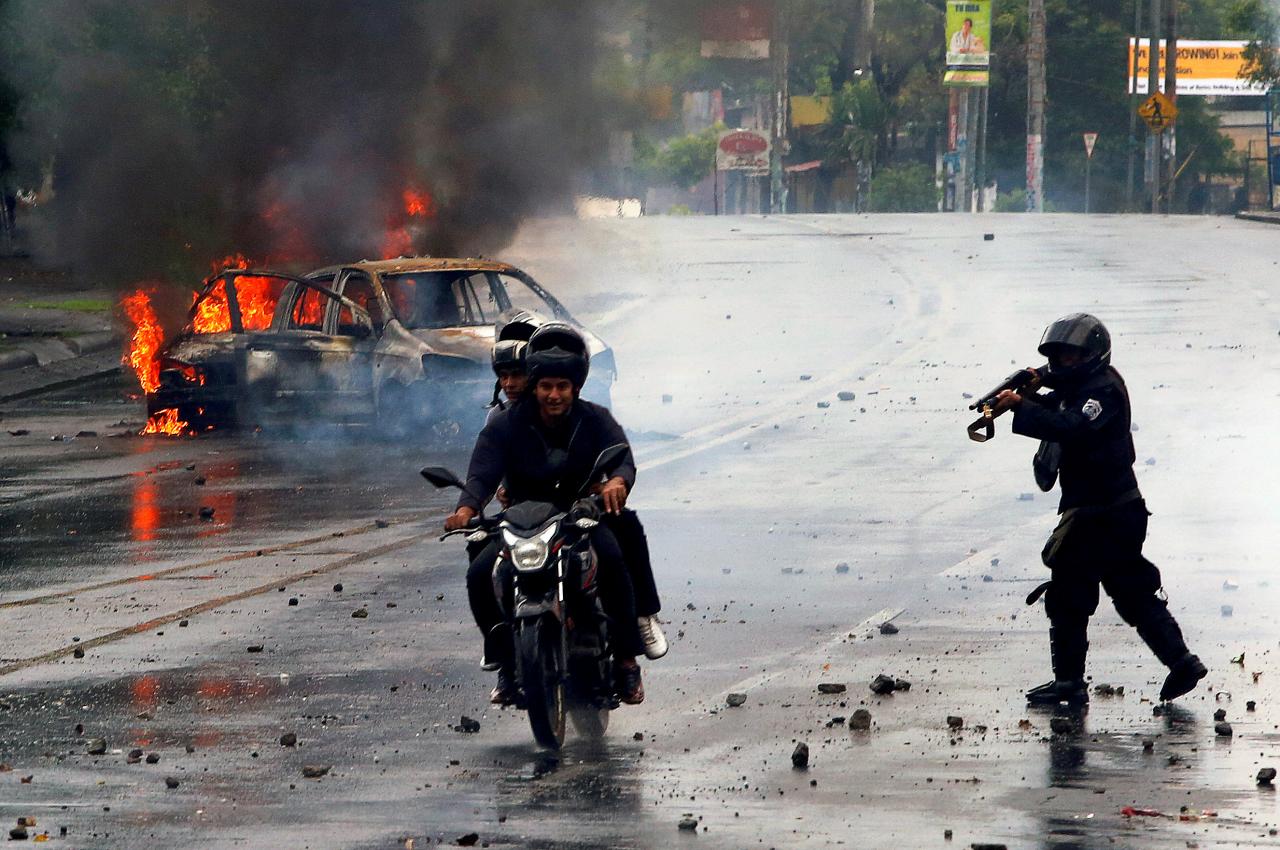 MANAGUA (Reuters) - Human rights organization Amnesty International said on Thursday it had documented at least six “possible extrajudicial executions” in Nicaragua during a government crackdown on protests against President Daniel Ortega.
Nicaragua has been roiled by unrest since demonstrations began against planned welfare cuts by Ortega’s government in April, which then spiralled into a wider protest against him. The crackdown on protesters has sparked widespread international condemnation. Ortega’s supporters say the protests have been orchestrated by his opponents to remove the former Marxist guerrilla from power. In a report presented on Thursday in Berlin, Amnesty International said that two men, aged 22 and 34, and a 16-year-old boy were shot and killed by police while fleeing a shootout on July 24. The other three potential victims were a policeman who stood down and two youths killed when students of the National Autonomous University of Nicaragua on July 13 barricaded themselves in a church in Managua, Amnesty International said. Nicaragua’s deputy attorney general, Adolfo Jarquin Ortel, dismissed the report as a political attack on the government. “Amnesty International does not have the authority to issue any report” about the crisis in Nicaragua, Jarquin Ortel told Reuters in his office in Managua. Jarquin Ortel elaborated by saying that when Nicaraguan human rights activist Bianca Jagger visited the country with Amnesty International in May, she issued “political opinions” critical of Ortega. Amnesty International also documented 12 cases of torture, and said pro-government armed groups used “military-grade lethal weapons.” Jarquin Ortel replied by saying the groups are regulated by Nicaraguan law and that provided support on security matters. Local human rights groups say more than 300 people have been killed in the protests. Ortega’s government disputes those figures and says around 200 people have died. The Inter-American Commission on Human Rights said on Thursday that its latest findings indicated 325 people had been killed during the protests, including 21 police officers.