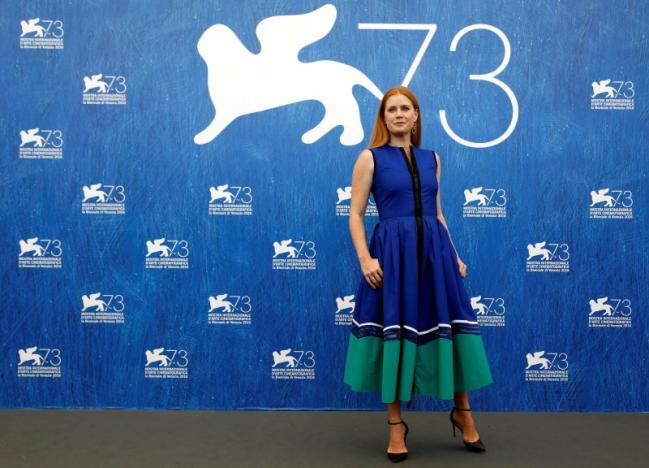 VENICE - Five-time Academy Award nominee Amy Adams may get closer to finally landing an Oscar as two of her movies are competing at the Venice film festival this year, including Denis Villeneuve's sci-fi thriller "Arrival". In the film, premiering on Thursday, Adams plays a linguist hired by the US government to go inside one of 12 spaceships that have touched down around the world. Her task: to establish contact with the extra-terrestrials on board, develop a common language and discover the purpose of their visit. The movie, which also stars Forest Whitaker and Jeremy Renner, is one of 20 US and international films vying for the Golden Lion that will be awarded on September 10. Various scenes in the movie are silent, with Villeneuve using close-ups of Adams to convey that real communication does not always require words. "I was drawn in by the intimacy of it," Adams told Reuters. She said she always asks directors why they want her for a part, and turns down roles where they are looking for "someone to be likeable". "Denis said 'I need to know what she's thinking'... He trusted the audience to go on this emotional journey," she later added at a news conference. "Arrival" is one of several movies in Venice that feature a strong female lead. The character "felt like every woman I know who is struggling with hard things, working through personal issues while also heading out into the world", Adams said. After a period in the doldrums, the world's oldest film festival is again seen as a launchpad for the industry's award season after premiering Academy winners in its last three editions. Adams is doing double duty in Venice, also starring in fashion designer Tom Ford's thriller "Nocturnal Animals". Asked whether one of the two movies could earn her the long-awaited Oscar, she said she was trying not to think about it too much. "When you have Tom Ford, who's so great, and you have Denis Villeneuve, I think you can't help but get excited about what the potential for the films are going to be," she said. "But I try not to concern myself with the result ... I am just lucky enough to get to be in the films." The other two competition films shown on Thursday were Derek Cianfrance's drama "The Light Between Oceans" and Wim Wenders' "Les Beaux Jours d'Aranjuez". -Reuters