Australia ended Day Four of the first Test against Pakistan as they started it – well behind in the game, and with plenty left to do before they can even countenance drawing the game, let alone win it.

But debutant Travis Head’s partnership of 49 with Usman Khawaja gave his side some sort of hope that defeat isn’t confirmed. He entered with Australia having lost three wickets for no run and seemingly about to squander another strong opening stand. Instead, the ship was steadied. “[It’s] nice to build a partnership and get to stumps with Usman,” Head said. “A nice finish to the day and an exciting day ahead tomorrow.” Until then, from a personal and team point of view, Head’s Test debut hadn’t gone as he would have liked. He fell for a duck in the first innings in the midst of an Australian collapse of 60/10. 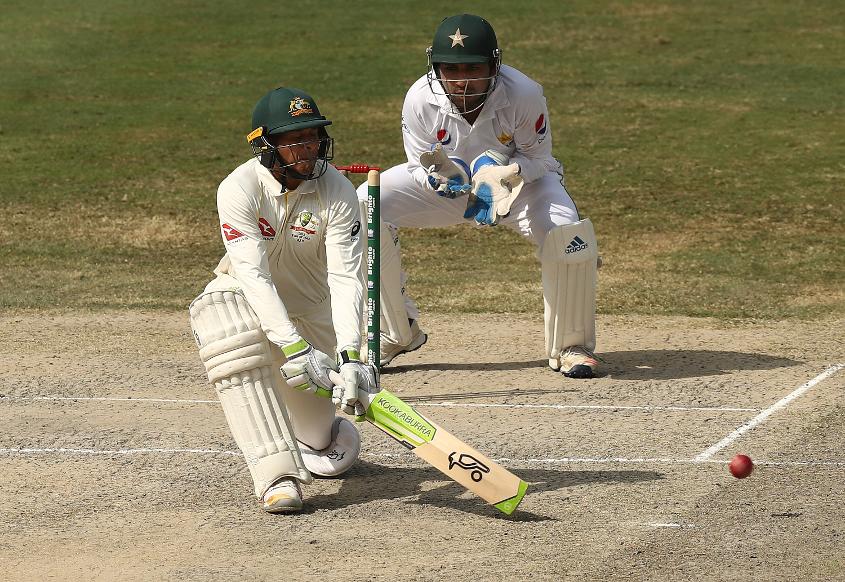 “It’s very nice to get off [a pair],” Head said. “I was disappointed not to do it yesterday. It’s always difficult to start and I wasn’t able to do that in the first innings, so my job today was to get out there and build a partnership and get myself in and once you get a feel for the wicket it becomes not as hard. “You get a rhythm and a feel for the bowlers. It was nice to get to stumps, get the momentum back a little bit. We’ve seen that if you can build partnerships that the game can drag out and start to slow up.” He credited the conversations he had had with the man with whom he is currently batting for helping him work out how to bat in these conditions. Khawaja ended the day on 50*, bringing up his second half-century of the Test in the day’s final over, having not previously passed fifty in his five Tests in Asia. 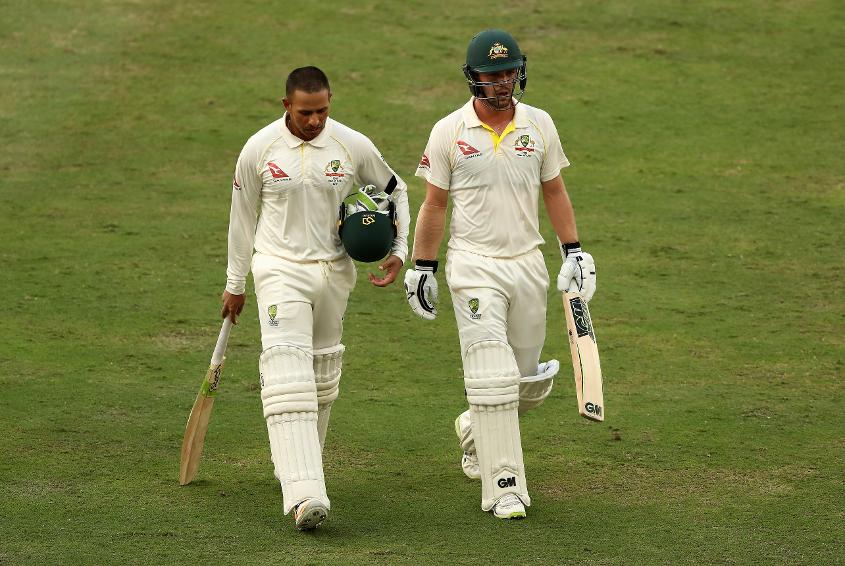 “Last night we were talking to Usman who batted extremely well, talking about his plans, talking about individual plans,” Head said. “We’re making sure we’re going out and backing ourselves. We’ve been batting extremely well, guys have had really good A tours, we had a really good tour match last week. “It’s not about reinventing the wheel, we’ve got to start really sharp, know where we’re going to score, know where we’re going to defend and how we’re going to play each ball and make sure we’re calm and relaxed.” It sounds simple when put like this by Head. But the true test of Australia’s plans will come tomorrow, when they battle for survival against a Pakistan team scenting victory.