Saqib Mahmood is the only name missing from England's squad which lost 1-0 in New Zealand, while James Anderson and Mark Wood return from injuries, and Jonny Bairstow is recalled after being dropped against New Zealand.

Moeen Ali remains unavailable for selection, and his break from Test cricket will now seemingly extend until at least March 2020 when England travel to Sri Lanka. Mahmood has not yet debuted in Tests, having not made an appearance in either Mount Maunganui or Hamilton, but makes way for two returning seamers. Anderson makes a comeback after recovering from a torn calf, an injury he picked up during the first Ashes Test in Birmingham. His involvement in the series was limited to the four overs he bowled in the first innings of that match before limping off. Wood, meanwhile, is still in a convalescent phase of a knee injury as well as a side strain which he picked up during the final of the ICC Men's Cricket World Cup 2019.

James Anderson, Mark Wood and Jonny Bairstow have all returned to the England squad for South Africa, but no place for Saqib Mahmood or Moeen Ali. Who else is looking forward to the return of this man? 👇 pic.twitter.com/iIeD43aMia

National Selector Ed Smith explained Mahmood's omittance, as well as the decision to name a large, 17-member squad. "With Anderson and Wood returning to the squad, Mahmood is the unfortunate player to miss out," he said in a press statement. "It is not predicted that Mark will be available for selection for the earliest matches. However, he will travel with the team and continue his rehab work with the medical staff on tour. There is no exact date given for his return, but the medical team is working towards him becoming fully available for selection during the tour. "With that in mind, and given the extended period that James and Mark have had on the sidelines due to injury, it was sensible to have a 17-man squad." 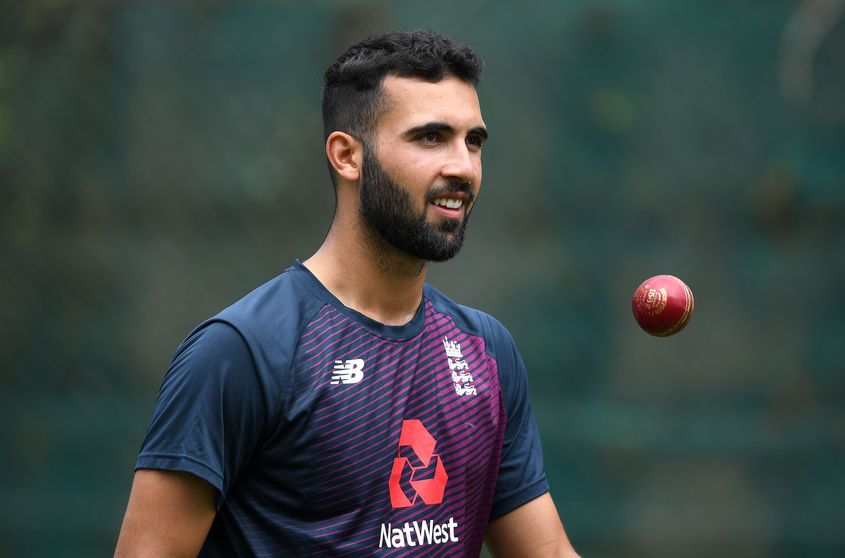 Both seamers are currently in South Africa as part of a dedicated fast-bowling camp, while Bairstow has also already made the journey to train and acclimatise to the conditions ahead of the series. While Bairstow initially missed out on being named in the squad for the Test leg of England's tour of New Zealand, he was called up as cover after Joe Denly became an injury doubt for the first Test. However, Denly was declared fit in the build-up to the game, and Bairstow did not appear during the series. The two teams will contest four Test matches starting on Boxing Day in Centurion, with 120 ICC World Test Championship points up for grabs in the series. Squad: Joe Root (c), James Anderson, Jofra Archer, Jonathan Bairstow, Stuart Broad, Rory Burns, Jos Buttler, Zak Crawley, Sam Curran, Joe Denly, Jack Leach, Matthew Parkinson, Ollie Pope, Dominic Sibley, Ben Stokes, Chris Woakes, Mark Wood.