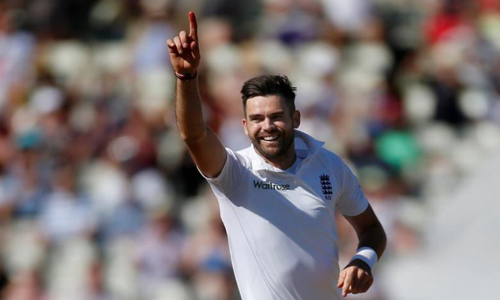 LONDON- England's leading test wicket-taker James Anderson will join up with the squad for the five-match series in India after making "encouraging progress" from a shoulder injury, the England and Wales Cricket Board (ECB) said in a statement on Saturday. Anderson, who has not featured for the side since August, had been cleared to travel after passing a late fitness test on Friday and it was hoped the 34-year-old seamer would play a "significant part" in the test series, the statement added. "It's a credit to the hunger he has shown to get back," captain Alastair Cook told the BBC. "There's nothing more he can do, apart from coming out here and getting acclimatised and get some more overs in." While Anderson will not play in the first test against the world's top-ranked side starting in Rajkot on Nov. 9, he could be available for the second in Visakhapatnam after making a faster than expected recovery. -Reuters