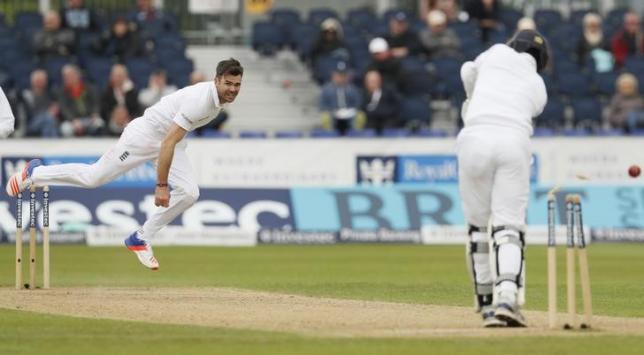 LONDON – England fast bowler James Anderson has jumped above compatriot Stuart Broad at the top of the International Cricket Council (ICC) Test bowling rankings after his fine display in the ongoing Test series against Sri Lanka. Anderson has so far picked up 18 wickets in the three-match series, including a 10-wicket haul in the opening Test at Leeds, as he guided England to an unassailable 2-0 lead over the tourists at Chester-le-Street on Monday. The 33-year-old became the fourth England bowler to top the Test bowling rankings after Ian Botham, Steve Harmison and Broad, cricket's governing body said on its website (www.icc-cricket.com). Despite picking up 10 wickets in the Sri Lanka series, Broad dropped down to third, one place below Indian spinner Ravichandran Ashwin, who retained second. Australia's Steve Smith tops the Test batsman rankings, while Joe Root maintained his second place after scoring a half-century in England's second test win against Sri Lanka. Australia and India currently sit first and second respectively in the Test team rankings. England are fourth. –Reuters