Andretti cursed as driver but golden as owner 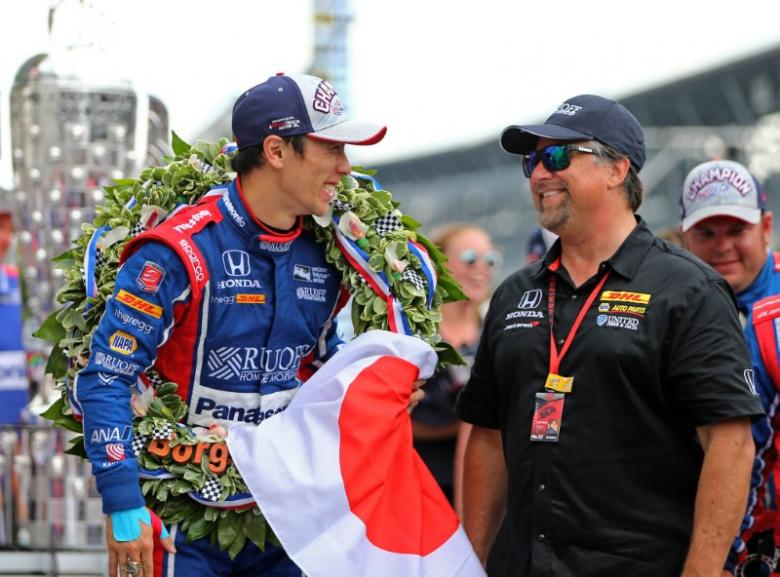 Andretti cursed as driver but golden as owner

INDIANAPOLIS - Despite failing to claim open wheel racing's richest prize in 11 attempts as a driver, Michael Andretti has found a steady home in Victory Lane at the iconic Indianapolis Motor Speedway.

Takuma Sato's victory in the Dallara Honda at the Indy 500 on Sunday gave him a fifth win as a team owner and moved Andretti Autosport into tie for second place on the all time list of winners.

"That's awesome," said Andretti, the son of 1969 winner Mario. "You know, somebody said that to me when we were down in Victory Lane. That's a big deal. "Obviously I couldn't win it as a driver. Maybe I was meant to win it a ton of times as an owner."

He had six entries in the 33-car field in the 101st running of the event, including Sato, twice Formula One world champion Fernando Alonso and last year's winner, Alexander Rossi.

Alonso led for 27 laps and looked ready to earn a fairytale victory until his Honda engine blew with 21 laps to go, while Rossi finished seventh.

Andretti explained that different strategies had been deployed for individual drivers. "The difficult part of having multiple cars is not everybody is going to be happy," said Andretti. "There's some other cars that were very, very strong today ... that ran into bad luck. I feel really bad for them. But that's why we have six bullets in the gun."

Sato's victory enabled Andretti Autosport to move into a tie with Lou Moore and Chip Ganassi Racing, which has five wins, but it still lags far behind Roger Penske's powerhouse team, which holds the record of 16 Borg Warner trophies.

Being 26-years younger than Penske gives Andretti a window of opportunity to get to the pinnacle of race car ownership of the gruelling 500-mile event. "Maybe when I'm 80 years old, hopefully I'll have more wins than Roger," he said. "That's our goal." -Reuters