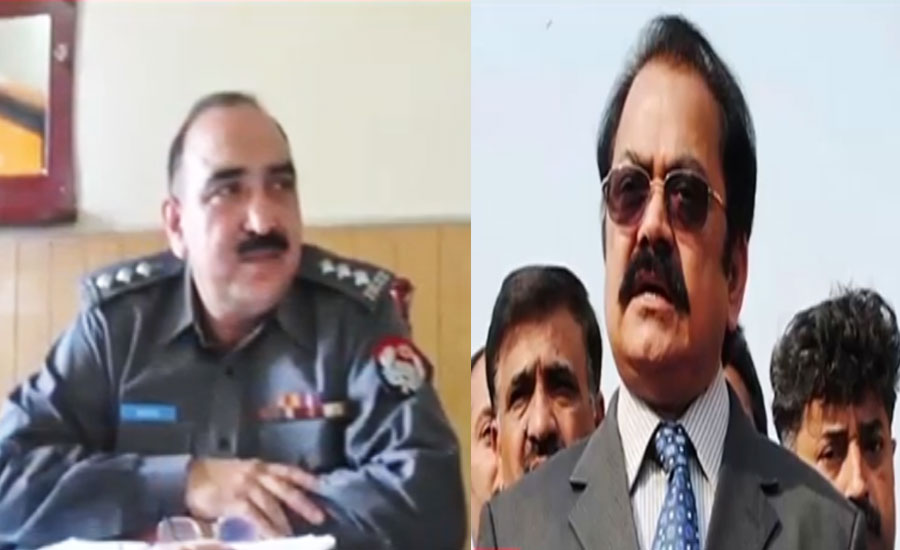 LAHORE (92 News) – Anti-Narcotics Force (ANF) on Friday arrested Deputy Superintendent of Police (DSP) Malik Khalid from Lahore in Pakistan Muslim League-N (PML-N) leader Rana Sanuallah’s drug case. According to the reports, the ANF tighten the noose around two police officials posted in Faisalabad to expand the scope of drug case against Rana Sanaullah. The ANF had taken Malik Khalid into its custody and shifted to the unknown place. It is noteworthy that DSP Malik Khalid is aide of Rana Sanaullah and he served long time as special protection unit DSP in Faisalabad. The sources also said that the ANF also contacted with Punjab inspector general of police for the arrest of another the superintendent of police SP in the drug case. It further reported that the former UC chairman in area of Rana Sanaullah had also taken into custody for interrogation. The ANF has sought records of the PML-N leader’s assets and vehicles to continue the probe pertaining to drug case against him. ANF has sent letters to all the organizations seeking records of his home, lands and various companies. https://www.youtube.com/watch?v=qgi3r5vPenM Earlier on July 1, the ANF Lahore arrested PML-N leader Rana Sanaullah near Sukheke.

He has been shifted to ANF Cantonment Office for interrogation. His medical examination was conducted in the ANF custody. ANF Commander Brig Khalid Mahmood supervised the arrest.

92 News had aired the news first of all, proving itself as informed and reliable. Sources said that Rana Sanaullah had left Faisalabad for Lahore at 1pm and the contact with him was made last time near Sukheke. “A huge quantity of contrabands was also recovered from the vehicle of Rana Sanaullah. Its quantity could be up to 15kg,” they said. They added that Rana Sanaullah faces a situation like Hanif Abbasi. However, no contact could be made with him as his cell number is off. Rana Sanaullah also faced the charges of financially helping the banned organizations. In addition, he also faces the charge of having links with criminals.