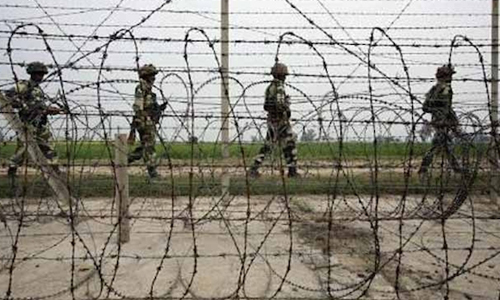 SIALKOT (92 News) - Indian Border Security Forces (BSF) resorted to unprovoked firing at Line of Control (LoC) on Monday, however, no loss of life was reported. As per Inter Services Public Relations (ISPR), Indian BSF resorted to unprovoked firing on working boundary in Charwah sector near Sialkot. Pakistani Rangers befittingly responded to Indian firing silencing their guns. The exchange of fire continued for long but no loss of lives or property was reported from both sides.