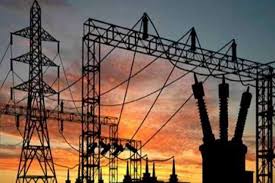 KARACHI (92 News) – Several areas of the metropolis were plunged into darkness as another major power breakdown hit Karachi on Tuesday. The areas of Nazimabad, North Nazimabad, Federal B Area, Liaquatabad, Sakhi Hassan, Buffer Zone, Jamsheed road and others areas have been deprived of the electricity. However, the citizens are facing difficulties due to the power breakdown. It was reported that after some time the electricity started to restore. Meanwhile, the KE’s spokesperson said that a technical fault in their internal system has resulted in power outages that have mainly affected the central part of the metropolis. It is worth mentioning here that this is the third breakdown in less than a week’s time to hit Karachi as many of the areas faced massive power breakdown on January 25, what was described as tripping in the national grid by the sole power supplier to Karachi.

Earlier in the week, many areas of Punjab, Sindh and Balochistan faced power breakdown as three units of Guddu Thermal Power Plant tripped again. Three units of electricity generation closed due to fault in 747 megawatts main turbine which result in electricity breakdown in different areas of Sindh, Punjab and Balochistan. It was reported that said that 80 percent of Karachi is facing power outage due to the tripping of Guddu power plant, while 20 districts of Balochistan also facing the power outage. The National Transmission Dispatch Company (NTDC) spokesperson said that the electricity will be restored within four or five days. Due to tripping in National Grid, power supply is affected to most parts of Karachi including Sindh and Punjab. All the business closed due to the power outage. The inconvenience also enhanced for the common people.It is one of the oldest power plants in the country, and has three large transmission lines that feed its output to Punjab, Sindh and Balochistan.