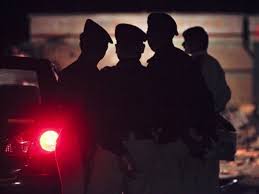 KARACHI (92 News) – Another so-called ‘fake’ encounter has surfaced in the metropolis, with conflicting reports surrounding the killing of a 60-year-old man Abdullah, alleged suspect, in Karachi s Nabi Buksh police station premises. The relatives of the accused alleged that Abdullah, who was killed in police encounter four days before, was shot dead in a ‘fake’ encounter. The eye witness recorded their statements. One eye witness, a beggar said that the family helped him with money and two bikers came here and snatched purse from man and ladies bag from woman. The beggar claimed that the snatcher look like old aged with white beard. On the other hand, the family, who was looted, claimed that the bikers were snatched mobile and money from him and tried to run from the scene. However, the police reached at the scene and police encounter happened between the dacoits and police. Meanwhile, the deceased’s family claimed that he was innocent. Abdullah had left the house to buy milk, family said, adding that deceased Abdullah was 60 years old and weighed more than 180kg. He could neither walk properly nor ride a motorbike, claimed family, further added that the police framed him for a robbery and shot him dead. However, police have claimed that the deceased was a criminal involved in street crimes. Police also disclosed that two cases of crimes had been registered against the suspect whereas plaintiff of the both the cases have identified the criminal. Police officers maintained that snatched ladies handbag and arms have also been recovered from the suspects. IG Sindh Kaleem Imam has taken notice of the incident asking DIG South and SSP City to submit separate reports.