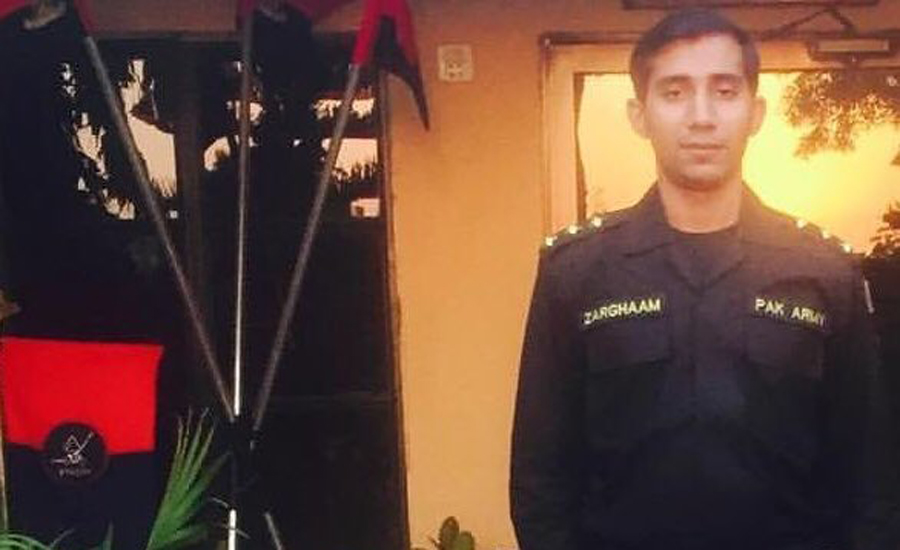 PESHAWAR (92 News) – Martyred Captain Zarghaam has been buried with full military honour at his ancestral town. Earlier, the funeral prayers of Captain Zarghaam, who embraced shahadat today in Mohmand was held at Peshawar Cantt. Governor Khyber Pakhtunkhwa Shah Farman, Lieutenant General Shaheen Mazhar Mehmood, Corps Commander, IGFC KP, Major General Asif Ghafoor, DG ISPR Major General Asif Ghafoor, the provincial ministers and number of other civil military officials attended the funeral prayer. Jasd-e-Khaki (dead body) of Shaheed Zarghaam was shifted to his ancestral towns after funeral prayers. The father of Zarghaam felt proud on the martyrdom on his son for sake of the country. On the occasion, he said that the martyr was keen to work in Pakistan Army since the childhood. Captain Zargham was martyred and another soldier was critically injured while neutralizing an Improvised Explosive Device (IED) in Mohmand District, according to military spokesman Major General Asif Ghafoor on Wednesday.

The 25-year old Captain Zarghaam was unmarried and belonged to Sargodha in Punjab. The official injured in the explosion was identified as Sepoy Rehan.