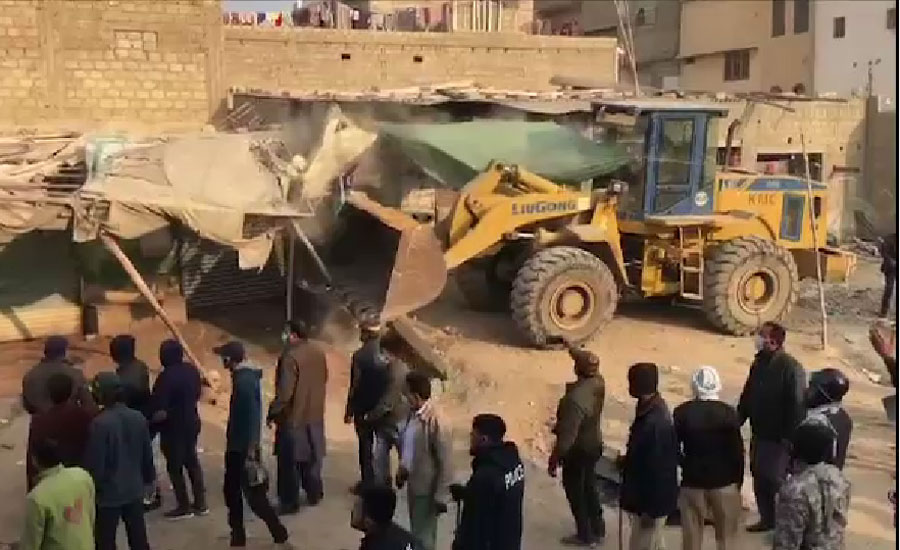 According to the reports, the KMC and other concerned departments resumed demolition of soft encroachments in the area with machinery today. They are demolishing illegal construction with the help of heavy machinery.

Meanwhile, the Rangers and police personnel are present on the occasion to avert any untoward condition. It was also reported that after January 7, concrete encroachments would also be removed including partial demolition of 57 houses built at the encroached land.

On Monday, an operation against the illegal encroachments in Karachi’s Mahmoodabad has been launched on Monday on the directions of the Supreme Court (SC).

According to details garnered, the operation will continue from January 4 to January 9 around Mahmoodabad nullah.

However, heavy contingents of police and rangers are present at the scene to avoid any untoward situation.

While expressing resentment over the absence of Advocate General, the top judge warned of issuing contempt of court notice on delay in removing the encroachments.

Additional Advocate General asked Justice Gulzar to get briefing over the situation from Karachi commissioner over which, the CJP remarked that these officers know nothing as they are being hired for short time period by the provincial government.