Anti-encroachment drive on Karachi Circular Railway to start on Tuesday 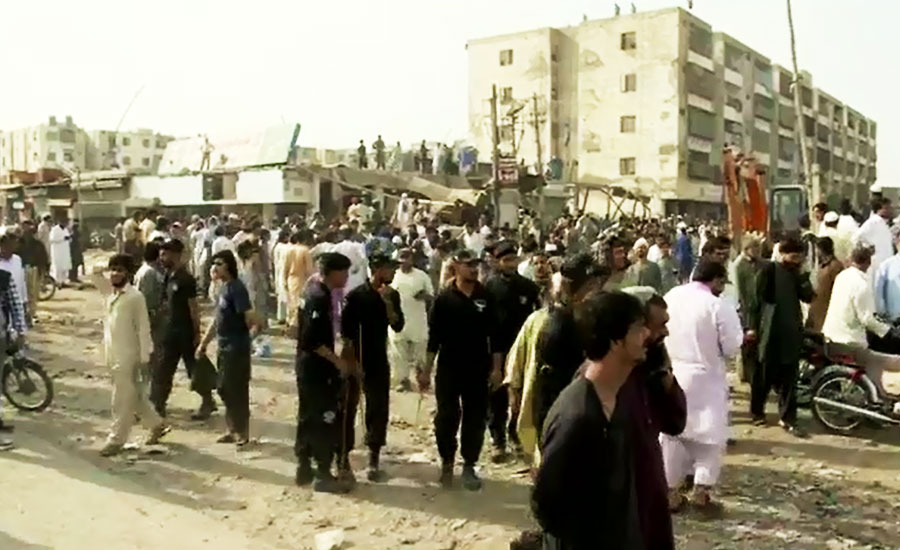 Anti-encroachment drive on Karachi Circular Railway to start on Tuesday

KARACHI (92 News) – The operation against illegal encroachments on the land of Karachi Circular Railway (KCR) will start from Tuesday (tomorrow). As per details garnered, the operation has been delayed by a day in order to more facilitate the people residing there to vacate the shops and homes. It was reported that the railway and district administration officials visited the Gharibabad railway track to overlook the anti-encroachment drive. Meanwhile, as railway and district administration officials reached the track, some store owners who had illegally set-up a furniture market cleared the area themselves on their own consent. On the other hand, illegal encroachments was demolished in the area of Sohrab Goth in Karachi. A day earlier, Muttahida Qaumi Movement-Pakistan (MQM-P) Convener Khalid Maqbool Siddiqui met the Sindh Governor Imran Ismail and expressed concerns over ongoing anti-encroachment drive in Karachi. It is pertinent to mention here that Prime Minister Imran Khan, on December 5, had directed the attorney general of Pakistan to file a review petition on the top court’s order to remove all encroachments across the metropolis.