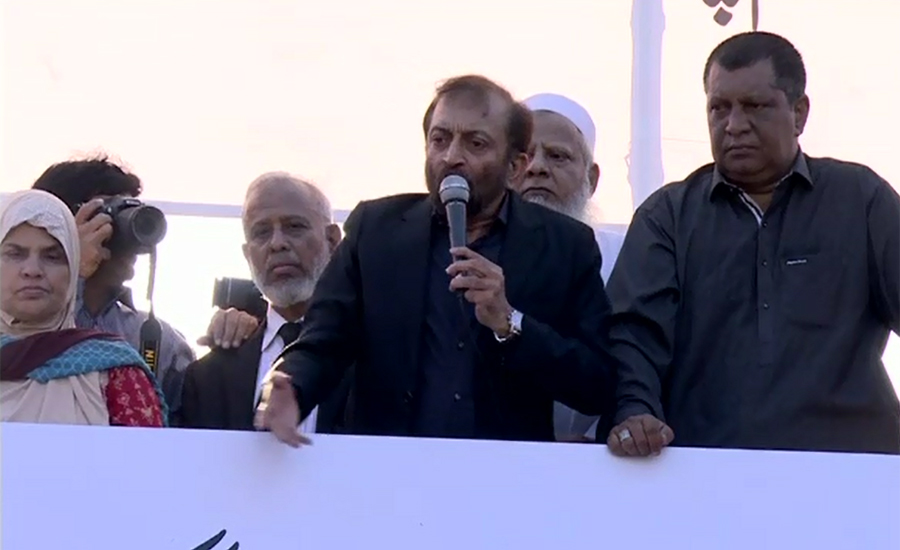 KARACHI (92 News) – MQM-P former leader Farooq Sattar has said that the anti-encroachment drive will leave 500,000 people jobless. Addressing a protest demonstration on MA Jinnah Road on Saturday, he said that the Karachi mayor had demolished shops worth millions of rupees. He said that traders were threatened and asked not to participate in the demonstration. Farooq Sattar challenged the Karachi mayor to win the union council election. “Those claiming of giving employment to 10 million people have made 500,000 people homeless. He said that Karachiites now demand the resignation of the Karachi mayor. “The economy is being destroyed in the name of the anti-encroachment drive. He also demanded that affected shopkeepers should be given up to five million as compensation.