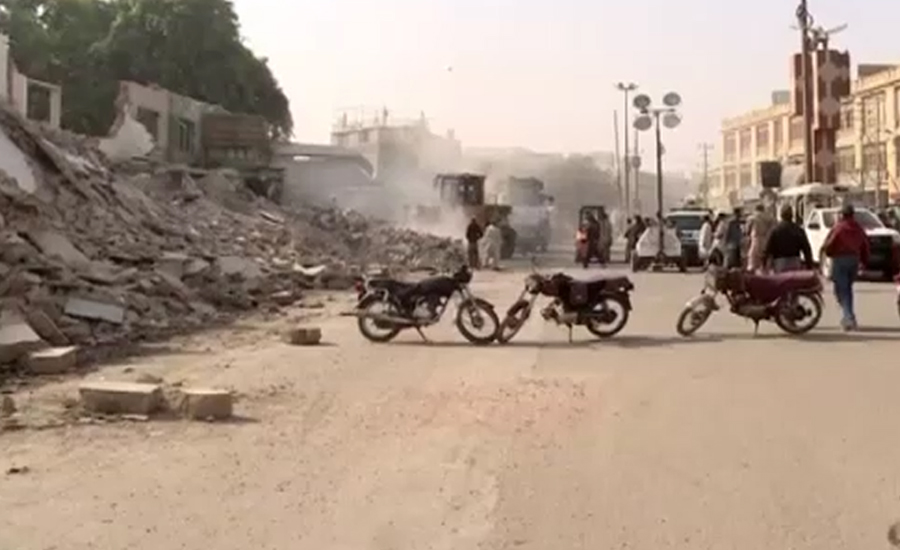 KARACHI (92 News) – The anti-encroachment operation is continued around the Karachi zoo area on Sunday (today). As per details garnered, the grand anti-encroachment drive entered in second day to demolish 400 illegal shops and offices around the Karachi zoo. It was reported that 80 per cent shops and offices has been demolished during the operation. It also added that a team of KMC is razing encroachments in the Clifton area, hoping to complete the drive today. The Karachi Metropolitan Corporation (KMC) official hoped that the Sindh government likely to give grants amounting Rs200 million soon. On the other hand, shopkeepers continued to protest against the operation. They expressed anger on the Karachi mayor and declared the anti-encroachment operation as injustice. The 17 heavy machines were being used during the operation. A day earlier, during an anti-encroachment operation in Karachi’s Garden area, a roof of a shop caved in and several people got trapped under the wreckage. The KMC had earlier served them notices to vacate the shops within one month but now they have abruptly slashed the deadline for removal of their shops. Following the directives of the Supreme Court, the anti-encroachment drive in the port city has been effectively going for months now, however, it has drawn mixed reactions from politicians and civil rights activists alike.