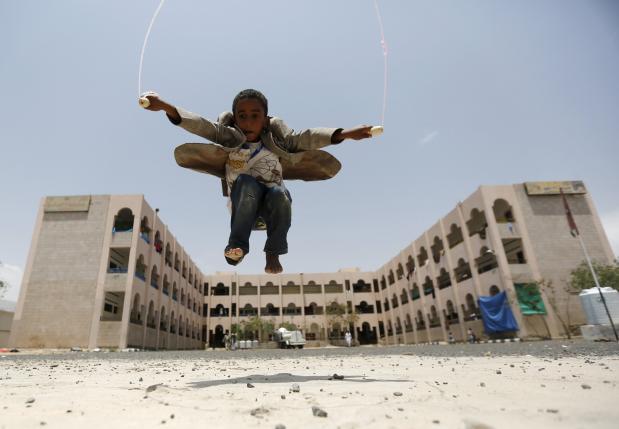 ADEN – Fighters loyal to Yemen's deposed president seized about 10 southern villages from Houthi forces on Tuesday, maintaining momentum in their offensive a day after capturing the country's biggest air base, residents and loyalist sources said. Clashes took place across the southern province of Lahj, most of which is now back in the hands of the Saudi-backed loyalist forces. Militias siding with President Abd-Rabbu Mansour Hadi, who fled Yemen for Saudi Arabia in March, and army units trained and equipped by Gulf Arab countries have made advances against the Iranian-allied Houthis in recent weeks. Boosted by Saudi-led air strikes, they drove the Houthis from the port city of Aden last month then pushed northward and recaptured the Al-Anad air base from Houthi forces on Monday after besieging it for days. "The next step for the popular resistance and army forces after liberating Aden is the clearing of the provinces of Abyan and Lahj," a commander in the anti-Houthi forces told Reuters. Militia sources said a thousand Yemeni fighters trained in Saudi Arabia and the United Arab Emirates arrived in Aden on Monday. Yemen's Arab neighbours intervened in the country in March to halt the advance of the Houthis -- Shi'ite Muslims from the north whose fighters seized the capital Sanaa in September and took over most of the country. The Sunni Muslim Gulf states say the Houthis are a proxy for their archrival, Shi'ite Iran, and aim to restore Hadi to power in Sanna. The Houthis have been pounded with hundreds of air strikes for more than four months and the raids and other warfare has killed more than 4,000 people. Disease, hunger and water shortages have also contributed to a humanitarian crisis. In a significant move for desperately-needed humanitarian supplies, two officials from the exiled government told Reuters it would now require all aid ships to dock at the loyalist port of Aden. Arab ships have been imposing a near-blockade on Yemen to bar arms transfers to the group but had permitted food, fuel and aid to regularly dock at ports held by the militia to relieve civilians in the hinterlands suffering from shortages. The U.N. envoy to Yemen, Ismail Ould Cheikh Ahmed, renewed his call on Tuesday for an immediate ceasefire in the conflict, based on a plan involving Houthi withdrawals from main cities to pave the way for the exiled government's return. "There must be a withdrawl, a ceasefire and an agreement on them both," Ould Cheikh Ahmed told Egyptian TV channel CBC. "The government (must) return gradually to perform its duties in infrastructure and services...it must return to Sanaa and to the big cities, that's essential," he said. –Reuters