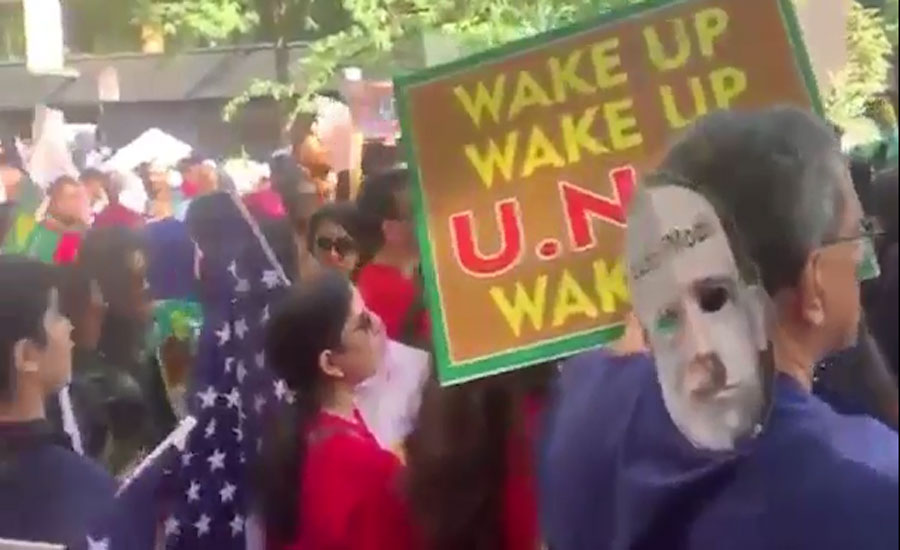 NEW YORK (92 News) - Thousands of Pakistanis, Kashmiris and Sikhs gathered outside the United Nations (UN) headquarters in New York on Friday to protest against Indian Prime Minister Narendra Modi and his anti-Kashmiri policies.

More than 20,000 people coming from US, UK, Canada and Pakistan assembled to raise anti-Modi slogans and expose the cruel face of Indian government in the occupied territory of Kashmir.

They said India is man-slaughtering Kashmirsi and minorities in Occupied Kashmir.

The protesters demanded India to stop oppression in Kashmir, lift curfew and empower Kashmirisi with their right to self-determination.

On the other hand, large billboards have been displayed at famous Times Square of Manhattan.