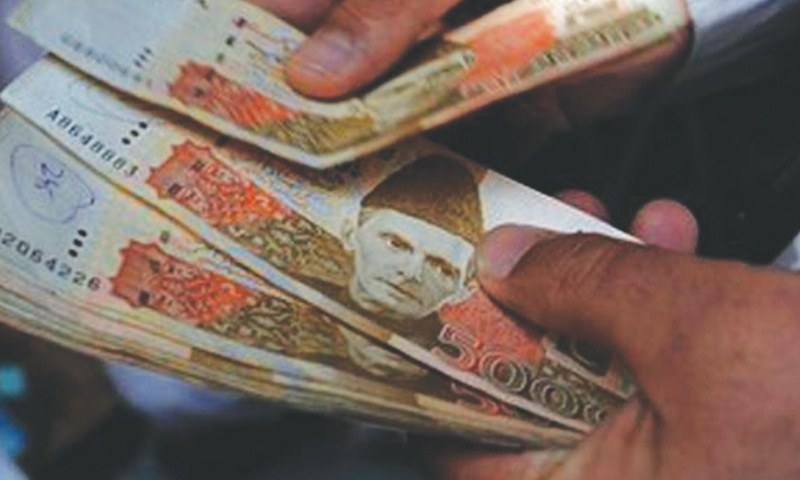 Pressed by the IMF and other international agencies, the government is seeking amendments to anti-money laundering and counter financing of terrorism (AML/CFT) laws for effective deterrence against terror financing, tax avoidance and corruption. The IMF has asked Pakistan for a broader tax administration reform strategy, including the use of technology, to improve tax compliance and enforcement by using anti-money laundering tools. The IMF “staff encourages the authorities to continue enhancing the effectiveness of the AML/CFT framework to detect and disrupt proceeds of crimes, including corruption”. This will not only improve the tax-to-GDP ratio and create resources to finance much-needed spending on fixed investment and social development, but also make the taxation system more efficient, transparent and equitable, the IMF said. The government obliged, and introduced the Anti-Money Laundering (Amendment) Bill 2014 in parliament to include tax crimes in the schedule of offences of the Anti-Money Laundering Act (AMLA) 2010. It has promised to implement the AML framework in letter and spirit to facilitate the detection of potential cases of abuse of investment schemes to launder criminal proceeds. The anti-terrorism amendment ordinance has also been enacted as a permanent law in line with the action plan agreed with the Financial Action Task Force (FATF). While efforts on the legal side have been encouraging, their implementation on the ground has always been far from satisfactory, notwithstanding occasional rhetorical statements by some ministers and the country being in the middle of a fight against terrorism for almost 15 years now. This is evident from the fact that state institutions froze just around Rs1bn belonging to proscribed organisations in almost a decade. According to official record presented to the parliament, the financial monitoring unit received 5,775 reports of suspicious transactions (STRs) or currency transaction reports (CTRs) from financial institutions, of which it passed over 1,000 to four law enforcement agencies, including 350 to the FIA, which took action and arrested 270 people and froze 200 bank accounts. However, only a few among these have reached courts. No wonder then, Pakistan was included among 11 countries that had not made sufficient progress or committed to an action plan developed with the FATF to address deficiencies related to AML/CFT. Established in 1989 at a G-7 summit in Paris to examine and develop measures for combating money-laundering, the FATF is an inter-governmental body that sets standards and promotes effective implementation of legal, regulatory and operational measures for combating money-laundering, terror-financing and other related threats to the integrity of the international financial system. The government has now decided to bring all domestic and international flows of funds to suspected terrorist entities under AMLA to avoid adverse international reaction. It says the proposed amendments in the AMLA 2010 are necessary to avoid international financial isolation and ease operational difficulties being faced by law enforcement agencies. For this, the definition of financing of terrorism for the purpose of starting probe into STRs is being amended to include “funds collected, provided, used or meant for, or otherwise linked or related to terrorism, terrorist act or organisations and individuals concerned with terrorism”. Unless Pakistan’s laws conformed to these international standards and it made efforts to combat terror financing, the international community, under the banner of the FATF and AML/CFT, could declare it high-risk and non-cooperative, leading to international sanctions. The amendments were also being made in AMLA to ensure domestic and international cooperation among agencies for investigating terror financing. The new law proposes due diligence of customers and requires regulatory agencies like the SECP and the SBP to maintain a record of transactions. This was not covered in the previous law, which caused operational difficulties in its implementation, as law enforcement agencies had been sitting on the STRs for months and years in the absence of clarity regarding their responsibilities. It was not surprising that even the freezing of Rs1bn had been done under resolutions 1267 and 1371 of the United Nations against proscribed organisations. Financial institutions have also been advised that they could be slapped with fines because of non-compliance with AMLA and ineffective efforts against AML. Pakistan is counted among countries where AML laws are not strong and its financial transactions are thus kept in a sub-category for extra due diligence (EDD). The minimum fine for non-compliance with FATF in Europe is $5m — a substantial risk for smaller banks. While strengthening the law, the government and the parliament would be expected to be extra-careful in dealing with funding flows, which may divert more transactions outside official banking channels and go against the critical objective of bringing in more people into the formal economy. The law should also be improved so it protects the interests of the customers and to see that investigations by agencies do not lead to unfair treatment of the innocent. Web Report