Anti-polio campaign is a matter of nation’s future: KP CM 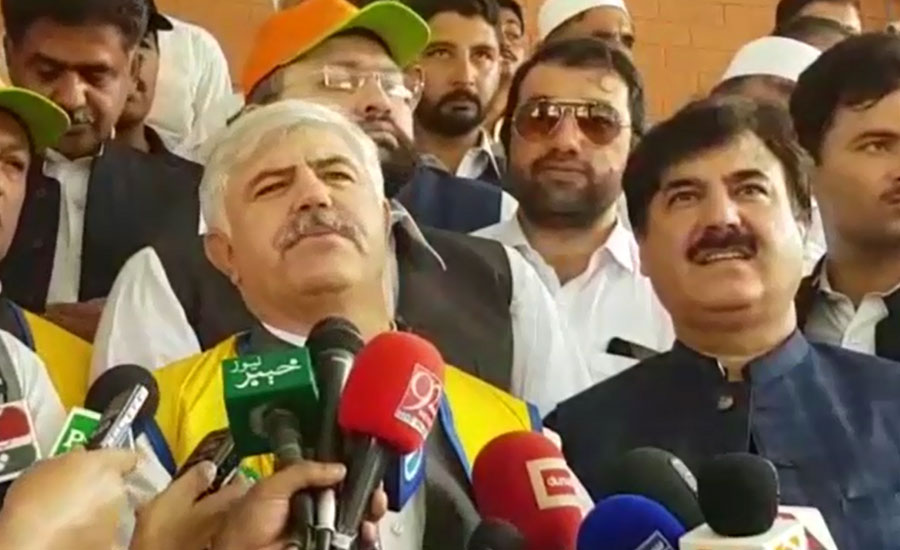 Anti-polio campaign is a matter of nation’s future: KP CM

PESHAWAR 992 News) – Khyber Pakhtunkhwa (KP) Chief Minister Mehmood Khan has said that anti-polio campaign is a matter of the nation’s future. Speaking to the journalists in Peshawar after inaugurating anti-polio drive, he said, “We are ready to remove reservations related to the vaccination of polio virus if anyone has.” The chief minister requested the media to support them in the ongoing anti-polio drive, to shun the negative impression against it. He also ruled out propaganda against the anti-polio drive. “Government will never administer the wrong vaccine to children”, he continued. Commenting on Pakistan People’s Party (PPP) Chairman Bilawal Bhutto Zardari, Mehmood Khan urged him to focus on worsening situation of Tharparkar district first, rather than critisising government. He said peace in Afghanistan means peace in Pakistan. “We are trying to get the Torkham border open,” he added. He also mentioned that the move of the opening of Torkham border will turn Peshawar into a business hub. On the occasion, Focal Person to Prime Minister on polio eradication Babar Bin Atta had said as many 8.5 million children below the age of five years will be administered anti-polio drops during the campaign. He ruled out the reports related to arrest the parents who will refuse to anti-polio drops for their children. Earlier, a three-day anti-polio campaign kicked-off on Monday in twenty-seven districts of Khyber Pakhtunkhwa (KP). According to the Provincial Health Department, more than four million children below the age of five will be administered anti-polio drops during the campaign. According to the details garnered, Pakistan’s efforts to eradicate the polio virus were dealt yet another blow on as three more cases were confirmed in KP and two in Sindh. The officials confirmed three new cases in Hangu, North Waziristan and Bannu in KP, and two cases in Hyderabad and Sindh. The total number of polio cases in Pakistan this year now stands at 58. Of these 58 cases, a total of 44 have been reported in KP and, alarmingly, 32 of the province’s polio cases have been confirmed in Bannu Division.