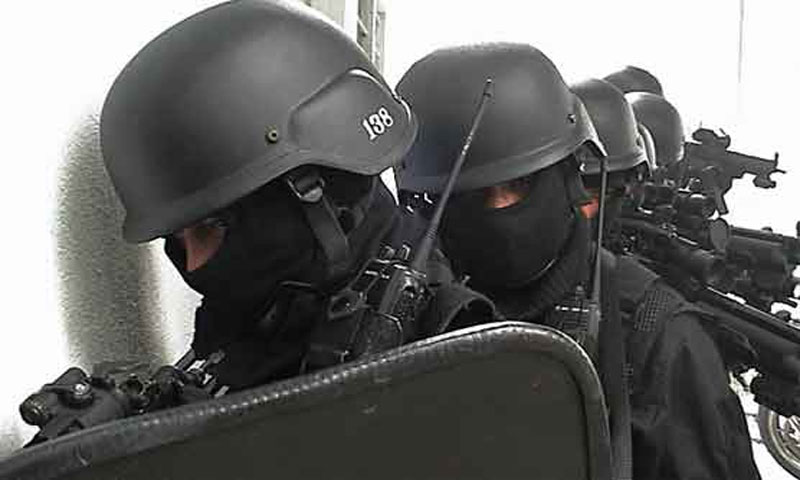 KARACHI (92 News) – The anti-Terrorism department has on Monday nabbed an accused involved in sectarian target killings in Karachi. Addressing a press conference at his office in Karachi on Monday, Senior Superintendent Police (SSP) Amir Farooqi said that target killer Zeeshan has been arrested. Zeeshan, who belonged to a four-member group of Sipah-e-Muhammad Manzar Imam group, was involved in the killing of four people including journalist Aftab Alam. The four-member group is being funded by the foreign countries. Police have also seized weapons during raid.