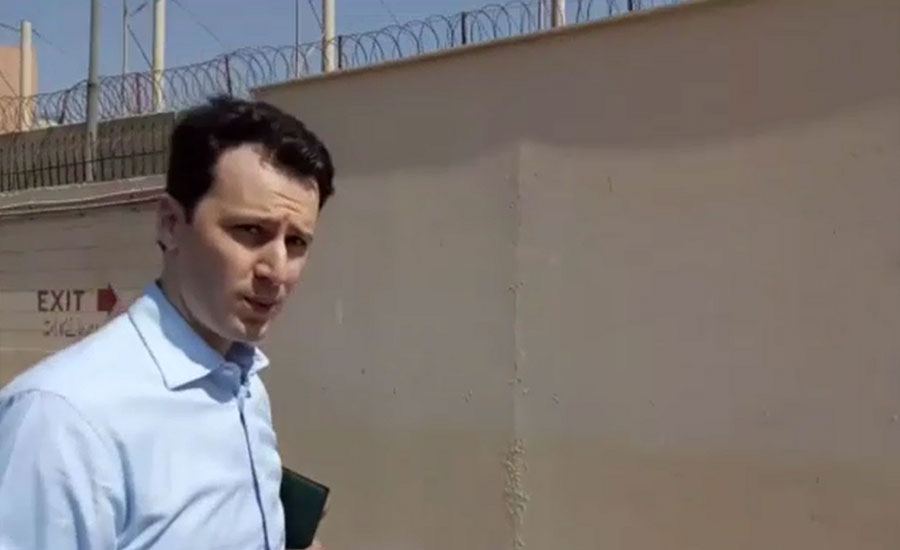 KARACHI (92 News) – The Federal Investigation Agency (FIA) on Saturday arrested Omni Group chairman Anwar Majeed’s son Nimar on the premises of the Supreme Court Karachi Registry. The CJP remarked that the banking court will not issue an order until decision on suo motu notice. He said that he himself would monitor the Omni Group matters. “The Omni Group theft has been surfaced and sugar worth Rs 11 billion has been disappeared,” he remarked. The FIA director-general informed the court that nine sugar mills are being operated under Omni Group, and there are nine cases against the Group relating to the disappearance of sugar. Asked which sugar mills were these, the official informed that these were Naudero, Bandhi, Khoski, Ansari, Tandowala Yaar, Bawani, New Dadu, Lord, and Chamar sugar mills. He told the court that the said mills were run by Omni Group, and some were located in Karachi while others in interior Sindh. The CJP said that now Omni Group chief is demanding a better class. He said that it had come to his knowledge the Omni Group people were using mobile phones in the jail and orders were being issued from jail, ordering immediately to seize the phones from them. He warned the IG Sindh of strict action if he received a complaint about use of mobile phone from jail. The CJP has fixed the case for Tuesday in Islamabad and ordered to shift the record there. He also summoned the Omni Group chief executive and other authorities. The Federal Investigation Agency is investigating 32 people in relation to money laundering from fictitious accounts, including former president Asif Ali Zardari and his sister Faryal Talpur. Zardari’s close aide Hussain Lawai was arrested in July in connection with the probe. The former president's another close aide and Omni Group chairman, Anwar Majeed, and his son, Abdul Ghani Majeed, were also arrested by the FIA in August. Lawai, Majeed and his son remain under custody. Earlier this week, FIA sources informed that the mastermind of the money laundering and fake accounts case, Aslam Masood, had been arrested by the Interpol from Jeddah.