If anyone wants to see condition of ‘Naya Pakistan’, he should visit KP: Nawaz Sharif 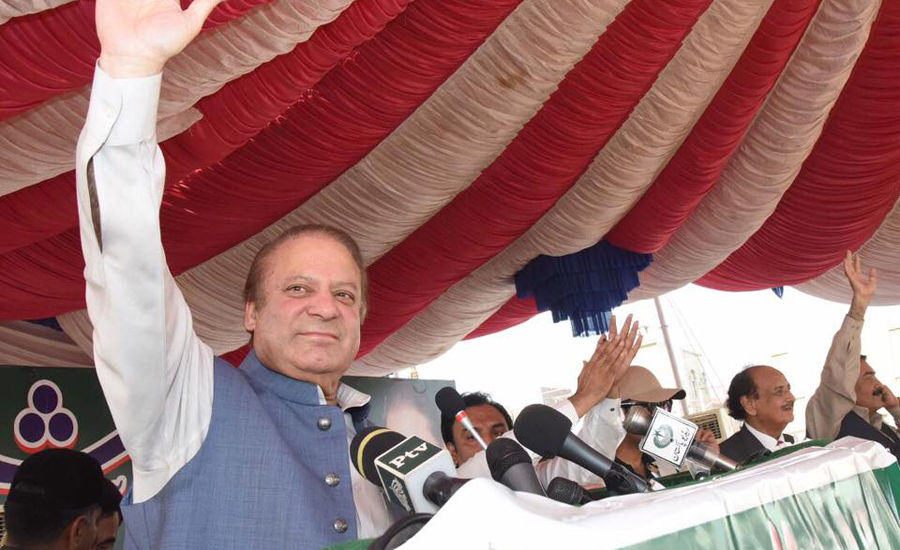 If anyone wants to see condition of ‘Naya Pakistan’, he should visit KP: Nawaz Sharif

CHICHAWATNI (92 News) – Prime Minister Nawaz Sharif has said that if anyone wants to see the condition of ‘Naya Pakistan’, he should visit Khyber Pakhtunkhwa.

Addressing a public meeting on Thursday, he said that broken roads and decrepit schools are making fun of the masses.

He said that the government would be answerable after five years and the opposition also will have to answer.

The prime minister said that the opponents say whatever comes to their mind and for this reason, the people are leaving them.

He also announced mega projects, including gas supply, a university and provision of electricity, for Chichawatni.

Nawaz Sharif reiterated his claim to end loadshedding in 2018. “The government has defeated terrorism,” he claimed.

He also expressed his love for the people of Chichawatni.