Apple case against Samsung should go back to lower court 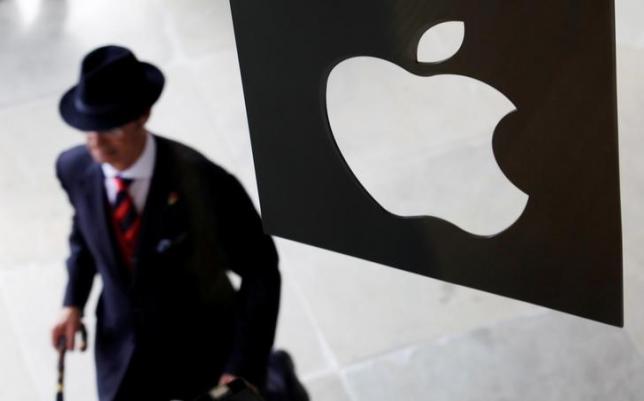 Apple case against Samsung should go back to lower court

SAN FRANCISCO - The US Department of Justice asked the Supreme Court to overturn an appeals court ruling that had favored Apple Inc over Samsung Electronics Co Ltd in smartphone patent litigation, and asked that it return the case to the trial court for more litigation. Samsung had appealed a federal appeals court ruling to the Supreme Court, which agreed to hear the case. The Justice Department submitted its view in an amicus brief on Wednesday. An Apple spokeswoman declined to comment, and Samsung representatives could not immediately be reached. The world's top smartphone rivals have been feuding over patents since 2011, when Apple sued Samsung in Northern California alleging infringement of the iPhone's patents, designs and trademarked appearance. Following a 2012 jury trial, Samsung was ordered to pay Apple $930 million. Samsung has been trying to reduce that figure ever since. Its efforts were partially rewarded in May 2015, when the US Court of Appeals for the Federal Circuit reversed the trademark liability, bringing Samsung's exposure down to $548 million. The appeals court, however, upheld Samsung's infringement of the iPhone's patents, including those related to the designs of the iPhone's rounded-corner front face, bezel and colorful grid of icons. Samsung then asked the Supreme Court to review the design patent portion of the decision, calling the damages awarded excessive. In March, the justices agreed to look into whether courts should award in damages the total profits from a product that infringes a design patent, if the patent applies only to a component of the product. In its amicus brief on Wednesday, the Justice Department said it was unclear whether Samsung had produced enough evidence to support its argument that phone components, not the entire phone, should be what matters when calculating damages. The Supreme Court should send the case back for the trial court to determine whether a new trial is warranted on that issue, the Justice Department said. -Reuters