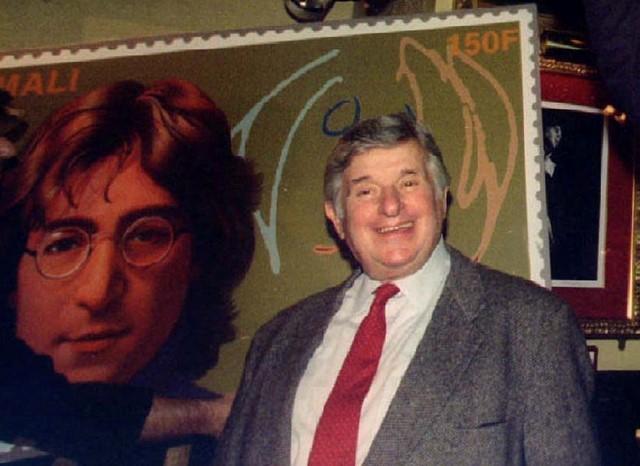 NEW YORK - Apple Corps Ltd, the music company founded by members of The Beatles, was accused in a lawsuit of infringing copyrights of a company claiming to own a master recording of the group's famous 1965 concert in New York's Shea Stadium. Sid Bernstein Presents LLC sued before this week's scheduled release in theaters and on Hulu of "Eight Days a Week: The Touring Years," a Ron Howard-directed documentary about Beatles concerts from the dawn of Beatlemania through 1966. Apple did not immediately respond to a request for comment on the complaint filed in US District Court in Manhattan. Sid Bernstein, who died in 2013, was a promoter who helped bring the Beatles to the United States from their native Britain. The complaint said he also helped stage the group's Aug. 15, 1965, performance at Shea, and arranged for TV variety show host Ed Sullivan's production company to film it. But the plaintiff, which said it was assigned Bernstein's rights, said the group's manager, Brian Epstein, took custody of the "Master Tapes" and began using them without seeking consent. It said the recording was later used in the 1966 movie "The Beatles at Shea Stadium," the 1995 documentary "The Beatles Anthology," and the 2010 documentary "The Last Play at Shea" about Billy Joel's concerts there two years earlier. The plaintiff said it sued after the US Copyright Office refused to register its copyright claim, and after learning that Apple planned to release a remastered version of the Beatles' performance with the "Eight Days a Week" documentary. Its lawsuit seeks a variety of damages and a declaration that Bernstein was the "dominant, and hence sole, author of the copyrightable work embodied in the Master Tapes." A lawyer for the plaintiff did not immediately respond to a request for comment. The case is Sid Bernstein Presents LLC v Apple Corps Ltd et al, US District Court, Southern District of New York, No. 16-07084. -Reuters