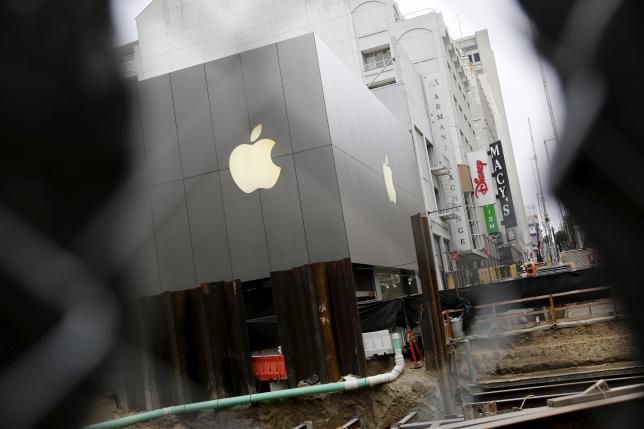 PARIS - Apple Inc (AAPL.O), the world's most profitable mobile phone maker, has denied working on a plan to market communications services directly to consumers and bypass the telecom companies on which it has long relied to sell its products. Business Insider had on Monday reported that the iPhone maker was testing a so-called mobile virtual network operator (MVNO) service in the United States, which would involve it renting capacity from one or more network operators to sign up customers to its own phone and data plans. The mobile phone maker is also in talks with European operators about such an arrangement, the website reported. "We have not discussed nor do we have any plans to launch an MVNO," said an Apple spokeswoman in a statement on Tuesday. Since it first launched the iPhone in 2007, carriers ranging from AT&T Inc (T.N) and Deutsche Telekom AG (DTEGn.DE) to China Mobile Ltd (0941.HK) have been a key part of ensuring the success of Apple's move into the mobile phone business. The carriers buy huge numbers of mobile phones from Apple, then resell them to customers who sign long-term contracts, often at a discount. Any move to sideline the carriers by going direct to consumers is therefore risky for Apple. Apple recently reported that it sold 48 million iPhones in the quarter through June, raking in $31.4 billion in revenue, or 63 percent of its total sales. In order to ensure maximum coverage to its customers, Apple has moved away from an early focus on exclusive deals with single operators in key markets to work with as many operators as possible. Last year, the company launched an own-branded Apple SIM card that allows consumers using its iPad tablet devices, but not its phones, to switch services between network operators. Several top operators in the United States and Europe support the Apple SIM. By contrast, Silicon Valley rival Google Inc (GOOGL.O) earlier this year unveiled an MVNO service in the United States. The Google service, known as "Project Fi", is being run in conjunction with U.S. operators Sprint (S.N) and T-Mobile USA [TUII.UL]. It connects customers to the fastest available service by seeking out available local Wi-Fi hotspots before, as a backstop, connecting to the telecom networks of its partners. Apple shares, which fell as much as 4.4 percent in the first 90 minutes of Nasdaq trading on Tuesday, steadied after the denial to be down 3.1 percent by 1642 GMT (1242 EDT). - REUTERS