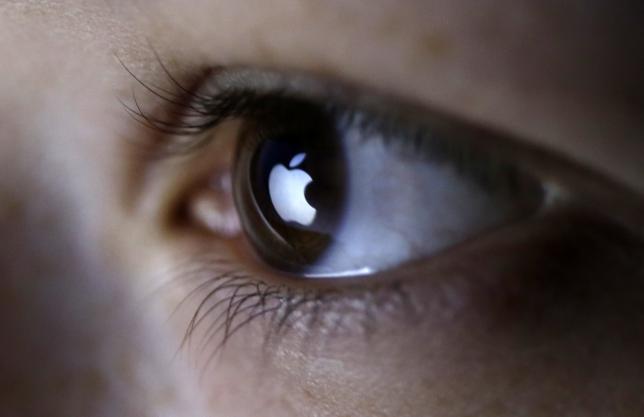 SAN FRANCISCO - As Apple Inc (AAPL.O) debuts its smartwatch on Friday, the technology company focused efforts to drum up buzz on US television, using expensive primetime spots to entice customers to the fledgling wearable technology market. Since showing off the watch at a March 9 event, Apple has spent $38 million on its "Watch Reimagined" television campaign, according to figures from iSpot.tv, which tracks U.S. TV ads and digital responses in real time. That's a little less than the $42 million Apple spent over the past five months on TV ads for the iPhone 6 and 6 Plus. Unlike the iPhone 6, which has developed a loyal customer base, the watch is Apple's first new product under CEO Tim Cook and the Cupertino, California company's first foray at in the emerging wearable technology market. "The iPhone 6 was a barn burner from the get-go. But with the Apple Watch, which is new product category with less familiarity, it makes sense that they'd go after it with more intensity," said JMP analyst Alex Gauna. Starting Friday, the Apple Watch will be available for preview in stores and preorder on the Internet ahead of its April 24 on-sale date. An Apple spokesman declined to comment on the company's marketing strategy. Out of 300-plus airings of the Apple Watch commercial since March, almost half have been in primetime spots tied to shows such as AMC's "The Walking Dead," the National Collegiate Athletic Association (NCAA) basketball tournament and NBC's talent competition "The Voice." Data also showed that Apple Watch advert airings were ramped up on Monday this week, capitalizing on a widely viewed NCAA final between Duke and Wisconsin. Apple's device will likely account for 55 percent of global smartwatch shipments this year in a market worth about $11 billion, according to market analysis group Societe Generale. But Apple still faces a challenge in selling the new concept. Reviewers, dismayed by short battery life and slow-loading apps, said it is more for tech pioneers than the masses. Nevertheless, Apple is out-spending other smartwatch makers like Samsung Electronics (005930.KS) and has a history of getting a big return from its TV advertising spending. "Apple occupies 13 percent of spending in the smartphone category, while generating 40 percent of the buzz garnered from TV ads", said Sean Muller, CEO of iSpot.tv. - Reuters