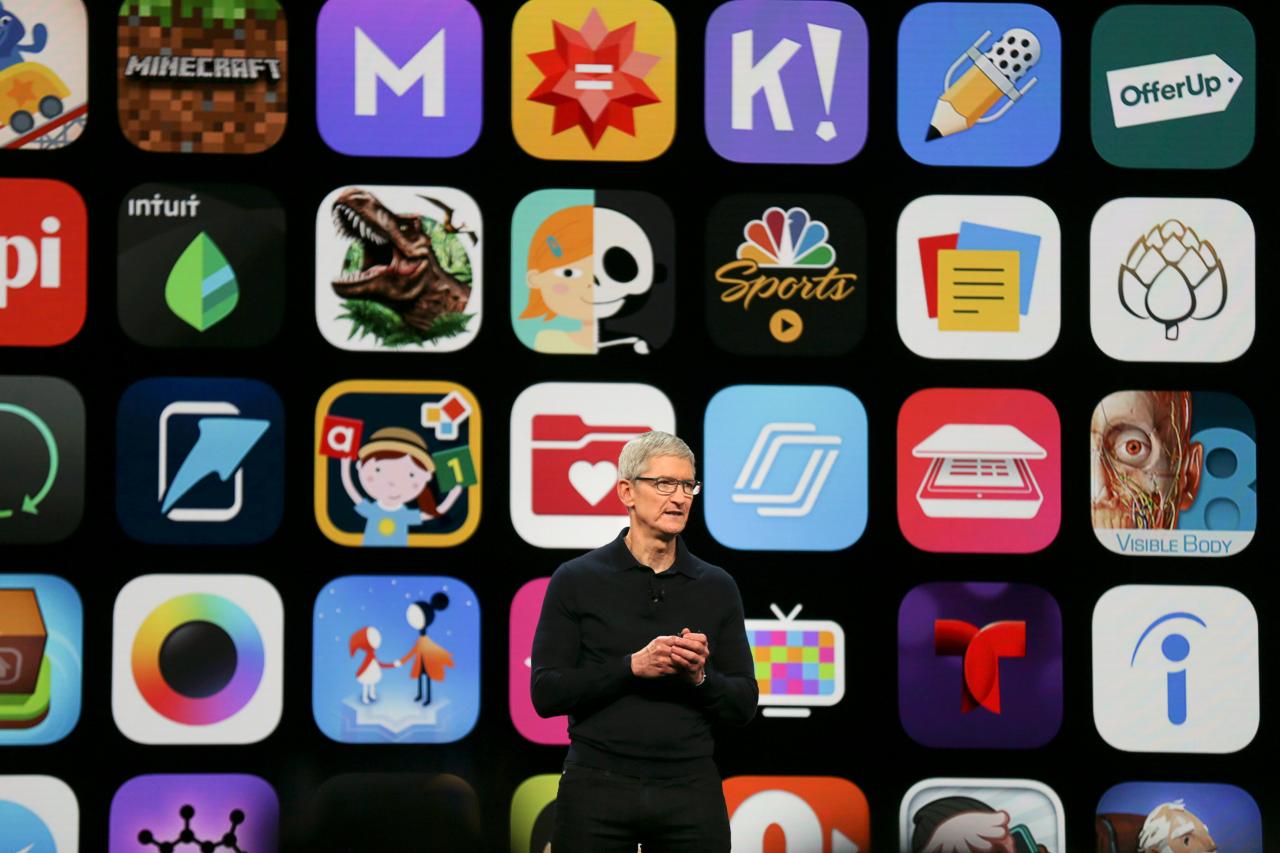 CALIFORNIA (Reuters) - Apple Inc  issued new review guidelines for its lucrative App Store platform, after it moved to block plans by Steam, the biggest distributor of PC-based video games, to extend its reach into iPhones and iPads. Apple uses the guidelines to decide which apps can appear in the App Store. Apple now explicitly says apps cannot host anything that looks like an app store within an app or give users the ability to “browse, select, or purchase software not already owned or licensed by the user.” But the new rules say that so-called remote mirroring apps, which beam the screen of a desktop computer to an iPhone, can allow purchases outside Apple’s control as long as the transactions are processed on the desktop device and not the iPhone. The move is significant because it shows Apple protecting its practice of taking between 15 percent and 30 percent of the purchase price of software bought in the App Store. The company quietly posted new guidelines as its annual developer conference was happening in San Jose. Steam, the dominant online store for downloaded games played on Windows PCs, had planned to release a free mobile phone app called Steam Link so gamers could continue playing on their iPhones while away from their desktop machines. But Steam’s parent company, the Bellevue, Washington-based Valve Corp, said last week that Apple had rejected the Steam Link app, blocking its release. Neither Steam nor Apple commented last week on why the app was rejected, and neither responded to requests for comment about whether the new App Store rules were indeed aimed at Steam. But Apple’s update seemed intended to clarify the rules around what are known as in-app purchases or micro-transactions, in which gamers can spend small sums of money inside games to buy tokens, extra lives or others so-called digital goods. As with the purchase of apps themselves, Apple takes a 30 percent cut of in-app purchases distributed through its App Store. Analysts believe those purchases are among the drivers of revenue in Apple’s services business, which includes the App Store, iCloud and Apple Music. In Apple’s most recent quarter, services revenue hit $9.1 billion, beating Wall Street expectations and providing a bright spot for revenue growth as the smartphone market matures.