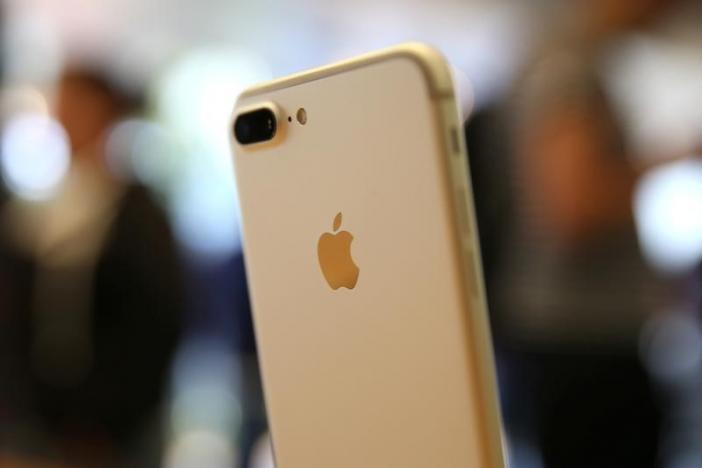 LONDON- Technology giant Apple (AAPL.O) said on Wednesday it is moving its London headquarters to the landmark Battersea Power Station, a move hailed by the government as a sign that major firms are still investing after the Brexit vote. The power station, built in the 1930s and famous for its imposing quartet of art deco chimneys, stood derelict on the south bank of the River Thames for about three decades until the site was bought in 2012 by a Malaysian consortium. A total of 42 acres is being developed with around half the area earmarked for shops, restaurants and hotels and half for housing, including some apartments which are on sale for several million pounds. The iPhone-maker will be housed in the former central boiler house of the power station and become the largest office tenant at the site, known the world over thanks partly to featuring on the cover of English rock band Pink Floyd's album 'Animals'. Apple will move in 2021 and occupy around 500,000 sq feet (11.48 acres) across six floors, making the deal the largest office letting in the West End in 20 years, the Battersea Power Station Development Company said. Finance minister Philip Hammond welcomed the move which comes in the wake of concerns that global businesses may move or downsize their London offices after Britons voted to leave the European Union on June 23. "It's another vote of confidence in the UK economy, sending a clear signal that companies are continuing to invest in Britain’s future, and that we are one of the most attractive investment destinations for the global technology industry," he said. Apple, which operates its European headquarters from Cork in Ireland, said 1,400 staff will move from its existing London offices to the new location. "It’s a great opportunity to have our entire team working and collaborating in one location while supporting the renovation of a neighbourhood rich with history," a spokeswoman said. Apple and other firms will share the site with over 4,000 homes, with the first residents due to move in the next few months and the first commercial tenants opening their businesses next year. - Reuters