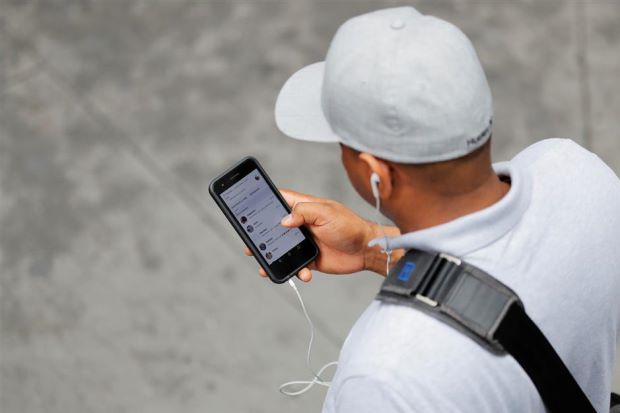 BEIJING (Reuters) - Apple Inc is working with Chinese telecom firms to find ways to reduce spam received through its messaging service, days after it was accused by state media of allowing illegal content on its platform, China News Service reported on Thursday. The iPhone maker has been targeted by China’s state media through the past week and the official state broadcaster railed against it in a 30-minute special report on Tuesday, saying Apple allowed illegal content such as gambling apps. Apple is exploring ways to cut spam messages, including using advanced technology to identify junk messages and rolling out more tools to block hostile accounts, an Apple official was quoted by the state-run China News Service as saying. “We’ve been working to reduce the issue of spam for quite some time,” an Apple spokeswoman told Reuters in an email. She declined to comment on the China News Service report that it was working with the country’s telecom firms. China is Apple’s second-largest market and it said earlier this week that revenue in the country jumped 19 percent in the June quarter on strong iPhone X sales, showing investors it still had game even as cheaper Chinese rivals gain ground. Beijing has criticised Apple before but the fresh attacks come as Chinese regulators have launched a new campaign to clean up spam and unsolicited calls, which are a pervasive issue in China where phone numbers are often sold on black markets. The criticism highlights an increasingly fraught balancing act for the firm in the world’s biggest smartphone market at a time of mounting trade tensions between China and the United States. Both countries have imposed tariffs on exported goods and are fighting over patents and technology. While China is limited in its ability to match tariff for tariff, it has stepped up scrutiny of business dealings involving US firms including Facebook Inc and recently scuppered a deal between US chipmakers Qualcomm Inc and NXP Semiconductors. Alphabet Inc’s Google, which quit China’s search engine market in 2010, will block some websites and search terms from the version of its search engine that it plans to launch in China, two sources have told Reuters.