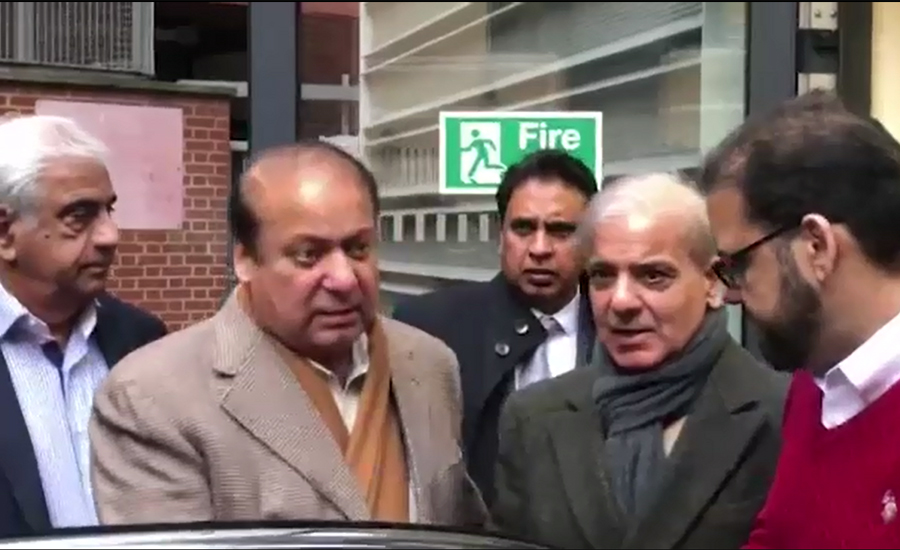 LAHORE (92 News) – Family members and lawyers on Tuesday submitted an application to the Punjab Home Department for extension in the bail of former premier Nawaz Sharif. In the application, it was contended that Nawaz Sharif is being treated abroad and he could not return for time being. Medical reports have also been attached to the application. Meanwhile, the Punjab government has formed a four-member committee to decide on the application of the application. The committee will send its recommendations to Punjab Chief Minister Sardar Usman Buzdar. On November 16, the Lahore High Court (LHC) ordered to remove the name of former premier Nawaz Sharif from the ECL and allowed him to go abroad for four weeks unconditionally. The permission can be extended. The case has been adjourned until third week of January. Justice Ali Baqir Najafi remarked that the affidavit of Nawaz Sharif is appropriate. "The court allowing Nawaz Sharif to go abroad after getting affidavit from Nawaz and Shehbaz Sharif," he remarked. The court ordered Ashtar Ausaf to amend the content of the affidavit. The state counsel said that Nawaz Sharif will have to pay the fine if he does not return. Before announcing the verdict, the court gave the draft of the affidavit to both parties. The counsels for Shehbaz Sharif accepted the draft. The state lawyer opposed it, saying no guarantee has been sought in it. Justice Ali Baqir remarked that whether the undertaking being submitted in court is not correct. "The contempt of court can be applied if the undertaking was not acted upon," he ruled. During the hearing, the court questioned whether a condition can be put to remove the name from the ECL. “Is the government wants to review its decision or not?” The counsel for the federation said that Nawaz Sharif should submit the bonds to court if it does not want to submit them to the government. On the court order, Shehbaz Sharif submitted a two-page hand-written affidavit, assuring that Nawaz Sharif will return soon after his recovery. According to the affidavit, Nawaz Sharif will face the cases against him after his return. “Nawaz Sharif is going abroad on the recommendation of doctors and would return to the homeland without wasting a moment,” it stated. Meanwhile, all arrangements have been finalized for Nawaz Sharif's treatment in London. The air ambulance to shift Nawaz Sharif abroad will reach by Sunday morning. Hussain Nawaz is busy making arrangements for Nawaz Sharif's admission in hospital. According to sources, the family has decided to shift Nawaz Sharif to the US after his stay in London for 2-3 weeks