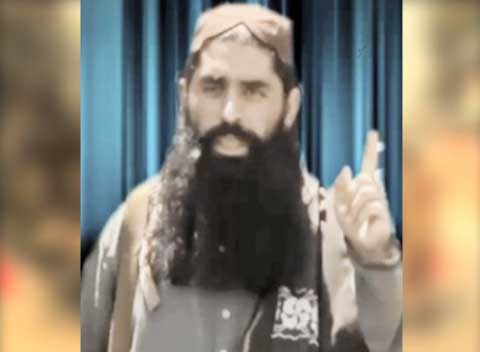 RAWALPINDI (92 News) – Umar Narai, the mastermind of the Army Public school (APS) in Peshawar attack which left over 140 schoolchildren dead has been killed in US drone strike in Afghanistan. In a message on social media website, Director General Inter Services Public Relations (ISPR) Lt General Asim Saleem Bajwa said that the Commander RSM called the Chief of Army Staff (COAS) General Raheel Sharif and confirmed death of terrorist Umar Narai. Umar Naray was also known as Umar Khalid Khorasani and Khalifa Umar. He was a member of the banned Tehreek-e-Taliban (TTP). Umar Narai was the mastermind of the massacre carried out at the Peshawar’s Army Public School (APS) on December 16, 2014 in which nearly 150 innocent children were killed. Umar Narai was killed along with another militant leader Qari Saifullah in the US drone strike conducted in the Bandar area of Afghanistan’s Nangarhar province last Saturday.