ISLAMABAD (92 News) – Prime Minister Imran Khan said on Sunday that the tragic incident of APS incident renewed national commitment and unity against the menace of terrorism. 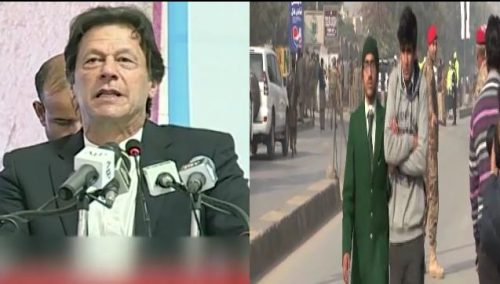 In his message on fourth anniversary of Army Public School Peshawar, the prime minister paid a rich tribute to the lives lost in the tragedy and expressed sympathies with the parents of the martyred children. He also said that the martyrs of the Army Public School (APS) tragedy united the entire nation against an enemy. The premier termed that the price the country paid in the war against terrorism couldn’t be estimated. He said education is the best tool to defeat extremism and terrorism for good. He reiterated that despite all these huge losses and sufferings, as a nation, they were committed to the national, regional and global peace. Nation acknowledges sacrifices in war on terror: President On the occasion, President Dr Arif ALvi said that the nation acknowledges the sacrifices of all security forces, including Pakistan Army, for fighting successfully against the menace of terrorism. In their separate messages on 4th anniversary of Army Public School Peshawar tragedy being observed today, he said that sacrifice of innocent students and teachers awakened and unified the whole nation. Arif Alvi said the APS incident is a national tragedy as well as a day to re-pledge our commitments against the inimical forces. He urged the nation to be ready to give every sacrifice to stop the way of extremism in the country. Sanjrani pays rich tributes to the martyrs of the APS incident Chairman Senate Sadiq Sanjrani says education is the only weapon through which the menace of terrorism and extremism can be defeated permanently. In his message on the 4th anniversary of terrorist attack on Army Public School Peshawar, he said nobody can estimate the price Pakistani nation has paid in the war against terrorism. The chairman paid rich tributes to the martyrs of the APS incident. Punjab CM says martyrs written history of gallantry and courage In his message on the occasion, Punjab Chief Minister Sardar Usman Buzdar has said that the young martyrs of Army Public School Peshawar have written the history of gallantry and courage with their blood for the safe and secured future of Pakistan. He said that the students and teachers of the Army Public School sacrificed their lives for the attainment of a noble cause.