JEDDAH-- The Arab coalition intercepted a Houthi drone launched from Yemen towards Jazan in Saudi Arabia on Thursday last. Coalition spokesman, Col. Turki Al-Maliki, said the attempted attack “reflect the Houthis losses on the ground.” Earlier, the coalition said the Houthis fired a ballistic missile late Wednesday from a civilian site located in Yemen’s Al-Hajjah governorate. Al-Maliki said the missile was launched from a local market and fell within the same Yemeni governorate. It was unclear what the militants were targeting. Such  “absurd attempts” are an extension to previous acts by the Iranian-backed militia that use civilian sites to launch their attacks from, Al-Maliki said. He said the militia has previously used a university campus as a site to launch a missile that fell on residential neighborhoods in Al-Jawf governorate. As well as using the missiles inside Yemen, the Iran-backed Houthis have launched dozens of strikes into Saudi Arabia, targeting civilian infrastructure such as airports and oil pipelines. The coalition says Iran has supplied the Houthis with ballistic missile technology. The Houthis triggered the Yemen conflict when they seized the capital Sanaa from the internationally recognized government in 2014.

The Houthis said on Friday that a senior member of the Houthi family had been “assassinated,” according to the group’s Al-Masirah TV. The body of Ibrahim Badreddin al-Houthi, the brother of Houthi leader Abdel-Malek al-Houthi, was found in a house in Sanaa. 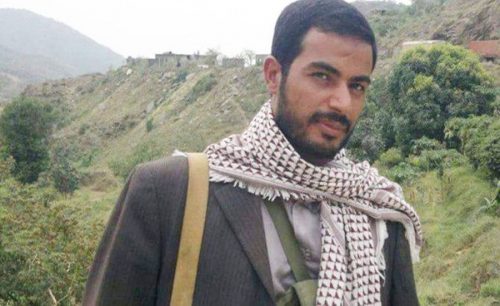 A Yemeni security source, who declined to be named, told AFP that Ibrahim al-Houthi was close to his brother and was the militias’ commander for Saada, the Houthi stronghold in northern Yemen which borders Saudi Arabia. Reading from a statement from the interior ministry run by the Houthi movement, the presenter blamed the “treacherous hands” which it claimed were affiliated with the US, for the killing of al-Houthi. The Houthis did not provide any further details on the killing, but said they would do everything “to pursue the criminal aggressors” responsible and bring them to justice. Security sources previously said the Houthis had deployed additional forces around Sanaa in response to the killing. SOURCE: ARAB NEWS