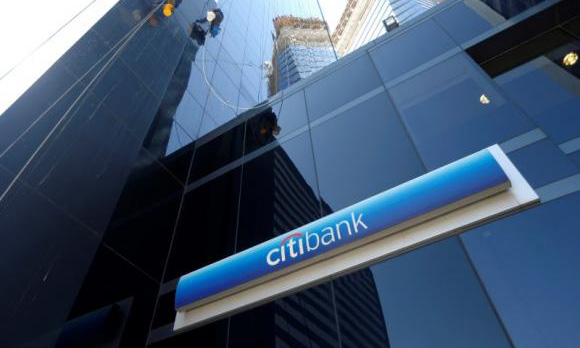 BUENOS AIRES - A deal between Citigroup Inc (C.N) and a U.S. judge allowing the banking giant to process two Argentine debt payments and exit its custodian business in Argentina may violate the country's laws, Economy Minister Axel Kicillof said on Wednesday. Argentina is concerned Citigroup's departure may further hamper the chances of debt interest payments on local law debt restructured after its record 2002 default reaching bondholders. The bank, which acts as custodian of some Argentine bonds, had originally echoed Argentina's stance that the local law bonds should not be wrapped up in a U.S. court ruling barring Buenos Aires from meeting its restructured external debt dues. When District Judge Thomas Griesa this month held firm that local debt payments were also blocked, Citigroup, frustrated at finding itself front and center of Argentina's debt battle, said it wanted out of its Argentina custody business. The subsequent deal with Griesa to process two payments this month and in June makes this easier. "Reading the fine print of the deal, what we find is a trap possibly aimed at scamming the bondholders," Kicillof told a news conference. In a further blow to Argentina's hopes of completing payments to local law investors, Griesa on Wednesday barred Belgium-based clearing house Euroclear from passing on funds to bondholders pending any further ruling from his court. If some payments are allowed by the judge at a later date Euroclear will have to provide the litigating hedge funds with details on who will receive the coupon payments and when, the ruling stated. The move is likely to strengthen Argentina's view that the deal with Citigroup is designed to smooth the bank's exit from its Argentine custody business - something the leftist government has said it will not allow. It also means other international financial intermediaries which handle Argentine debt and have a U.S. footprint are unlikely to process payments for fear of running foul of the court's order. Argentina has long accused Griesa of working hand in hand with the funds, which President Cristina Fernandez and her ministers disparage as "vultures". Fernandez's government had threatened to cancel Citibank Argentina's operating license if it refused to process the bond payments. It is not clear if its deal with U.S. courts will have legal consequences for its retail banking business. Griesa ruled that Argentina must settle with the funds seeking full payment on their defaulted sovereign bonds before it continues paying interest to the large majority of investors who accepted significant writedowns on the debt holdings after the country's 2002 default. - REUTERS