Ariana Grande to hold concert in Manchester for bombing victims 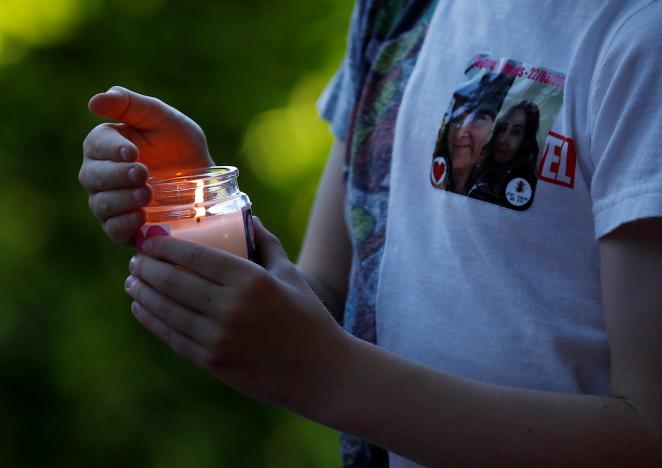 Ariana Grande to hold concert in Manchester for bombing victims

NEW YORK – U.S. pop star Ariana Grande said on Friday that she will hold a benefit concert in Manchester for the victims of Monday's suicide bombing at her show in the English city.

Grande, 23, said in a message on her Instagram account that a date for the concert had not yet been worked out.

Monday's suicide bombing, which killed 22 people and injured more than 100, many of them young people, took place just after Grande had finished performing. She later cancelled several concerts scheduled in London and Europe through June 5.

"I'll be returning to the incredibly brave city of Manchester to spend time with my fans and to have a benefit concert in honor of and to raise money for the victims and their families. ... I will have details to share with you as soon as everything is confirmed," Grande wrote.

She also tweeted a link to a fundraising site for the victims organized by the Manchester Evening News, which has so far brought in some 1.7 million pounds ($2.1 million)

Grande tweeted after the bombing she was "broken" by the attack by British-born Salman Abedi that was claimed by Islamic State. She returned to her Florida home on Tuesday.

In her Instagram posting, she said that her "Dangerous Woman" concert tour was intended to be a "space for my fans, a place for them to escape, to celebrate, to heal, to feel safe and to be themselves."

She said the victims would be "on my mind and in my heart everyday ... for the rest of my life."

Former Oasis frontman Liam Gallagher, a Manchester native, said on Friday he would donate the proceeds of his show next Tuesday in the city to a fund supporting victims and their families.

Gallagher tweeted that he was "in total shock and absolutely devastated" by the attack. –Reuters