Armed forces ready to give befitting reply to any Indian aggression: DG ISPR 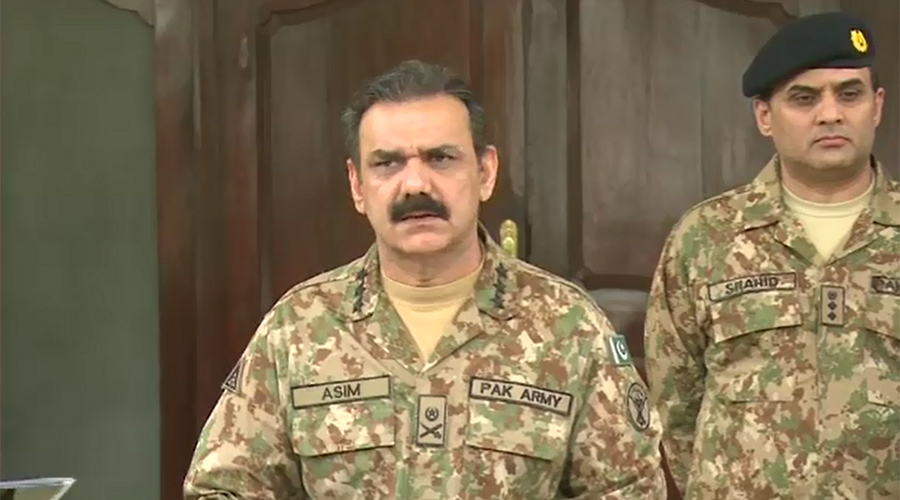 Armed forces ready to give befitting reply to any Indian aggression: DG ISPR

PESHAWAR (92 News) – Director General Inter-Services Public Relations (ISPR) Lieutenant General Asim Saleem Bajwa said Tuesday that the despite war against terrorism, they have an eye on the country’s eastern borders and the armed forces are ready to give a befitting reply to any Indian aggression. Chief of Army Staff (COAS) General Raheel Sharif presided over a meeting to review Operation Zarb-e-Azb and security situation, in which matters relating to Indian threats and situation in Kashmir also came under discussion. Addressing a press conference in Peshawar on Tuesday, he said that 20 percent checkposts are being constructed along the western border, adding that works on all major operations under Operation Zarb-e-Azb has completed. The DG ISPR said that the Army Chief chaired a special operational meeting after returning from Germany. Lt Gen Asim Bajwa said that the Rajgal moutanious area along the Pak-Afghan border has been cleared, adding that the armed forces are in full control on the Afghan border. He said that the security forces unearthed and averted fourteen terrorist attacks in different parts of the country. “As many as1,470 combing operations have been conducted in Khyber Pakhtunkhwa and FATA since 1st July this year to control the menace of terrorism,” he added. The DG ISPR said that seven facilitators of suicide attacks on Christian Colony Peshawar and District Courts Mardan have been apprehended, adding that both the terrorist attacks were planned in Afghanistan and the suicide bombers entered Pakistan from Afghan soil. Asim Saleem Bajwa said that the information about terrorist attacks have been shared with the International Security Assistance Force (ISF), the Afghan government, army and intelligence. He said that the Warsak terrorist attack was planned in Afghanistan and women are among the facilitators of the attack.