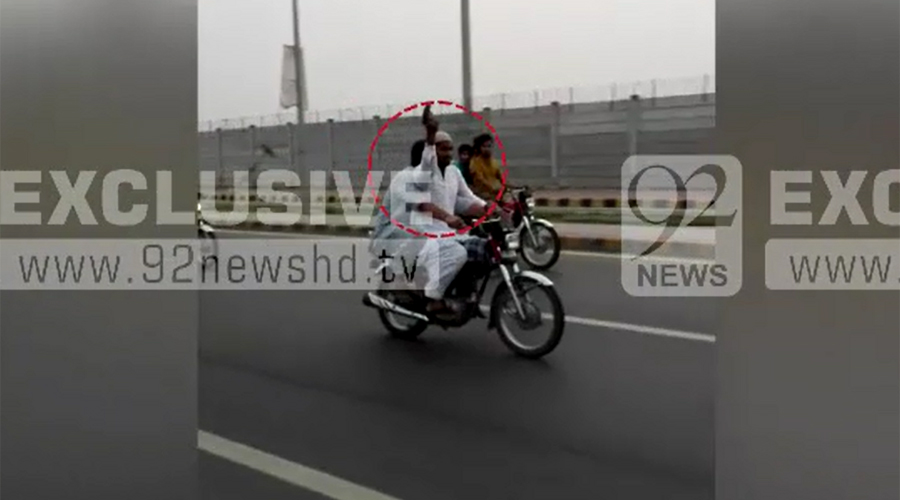 LAHORE (92 News) – Unknown armed youths marched on Shaukat Ali Road, making mockery of law. The youths continued to fire in the air without any check, while the police played the role of a silent spectator. The armed gangsters’ march on the busiest road is a question mark on the performance of the police. On the other hand, the police claimed to have arrested the main accused identified as Shani Bhatti.