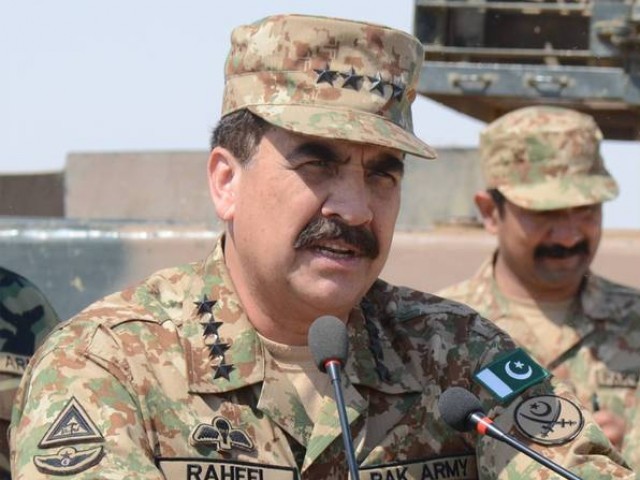 RAWALPINDI (92 News) – Chief of Army Staff General Rahil Sharif has on Sunday strongly condemned the attack on Punjab Home Minister Shuja Khanzada. In a statement issued by the ISPR, Army Chief termed the attack a cowardly attempt. The Army Chief directed the intelligence agencies to investigate the incident and trace the accused involved in the incident. The Army Chief Gen Rahil Sharif paid rich tribute to the martyred Shuja Khanzada. General Rahil Sharif said that such cowardly attacks cannot dent our determination to eliminate the terrorism and extremism from the country. He said martyred Shuja Khanzada was a bold person whose sacrifice for greater cause of cleansing Pakistan of terrorism will not go waste.