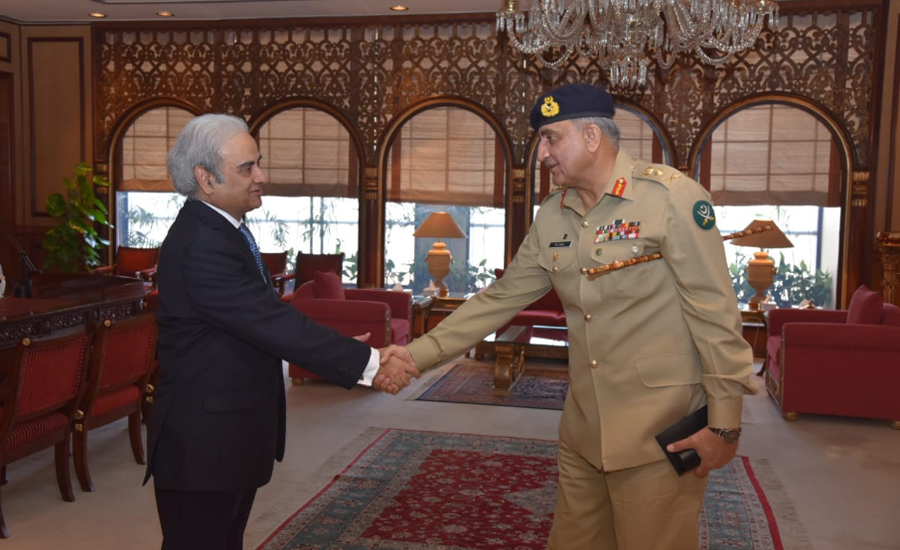 ISLAMABAD (92 News) – Caretaker Prime Minister Justice (r) Nasirul Mulk called on Army chief General Qamar Jawed Bajwa at Prime Minister's House on Wednesday. As per details garnered, Gen Bajwa congratulated Justice Nasir for being appointed caretaker prime minister and extended well wishes to him. They discussed about the country’s current security situation and other matters at PM's Office in Islamabad. Matters pertaining to Pakistan Army also came under discussion during the meeting. There was first meeting between the between the army chief and Justice (r) Mulk since he was sworn in as caretaker premier.