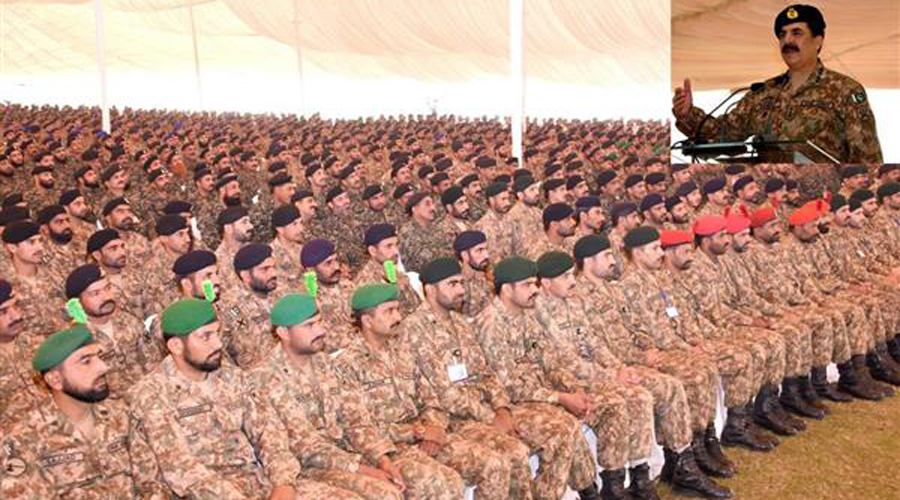 LAHORE (92 News) – Chief of Army Staff General Raheel Sharif, who is set to retire on November 28, has begun his farewell visits from Lahore. According to Inter-Services Public Relations, the army chief met Army officials and Jawans in Lahore. General Raheel addressed a large gathering of officials of Pakistan Army and Rangers. COAS General Raheel Sharif said, "To establish peace and stability was not a small responsibility.  We got successes through rendering sacrifices and shared national resolve."   On the second leg of his farewell visits, COAS arrived Gujranwala and addressed officers and troops of Mangla and Gujranwala Corps. In his farewell address, COAS paid rich tributes to the professionalism, dedication and sacrifices of troops while defending motherland at line of control and working boundary. The COAS also appreciated the Mangla Corps for successfully undertaking the task of capacity-building and imparting anti-terrorists training to troops of three services and law enforcement agencies. Lt Gen Umer Farooq Durrani, Commander 1 Corps and Lt Gen Ikram ul Haque, Commander 30 Corps received the COAS. The new army chief is expected to be appointed tomorrow. The ceremony to change the command of Pakistan Army would be held on November 29.